Ireland’s Call Documentary
"Ireland's Call" a documentary about the 20th Anniversary of the song and it's impact, featuring interviews with Phil Coulter, myself, and the process of re-recording a classic with The High Kings.
"The story behind the sporting anthem Ireland's Call, commissioned by the IRFU in 1995 to unify rugby players and supporters from both sides of the political and religious divide."

Sadly the programme was restricted to Ireland only, but there has been an overwhelming response. This was from Darren in the US.

"Wow. Unreal reaction to Ireland's Call on TV3!
Can't believe the amount of messages and texts received. So proud to have been part of such a successful documentary about this great song.
Already trending on Twitter too!
Huge thanks to Phil Coulter for all the phone chats we had about this and to Rob King and his crew for creating such an important programme on a mammoth week for Irish Rugby.
Blown away here folks.
Thanks to each and every one of you for the really positive comments.
Come on Ireland!"
Darren was chatting to WLR FM about the High Kings involvement with Ireland's Call and how it came about. Listen to what he had to say! This recording is 2 mins longer than when broadcast. CLICK HERE 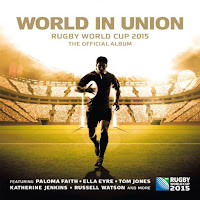 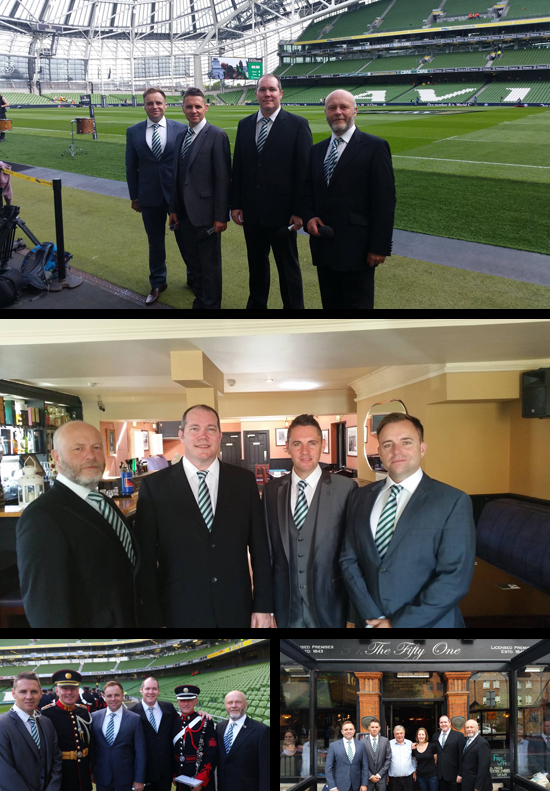 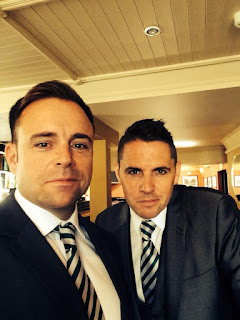 The High Kings were proud to sing both anthems before the Rugby World Cup warm up between Ireland Wales at the Aviva Stadium 29 August 2015. They sung the Irish National Anthem Amhrán na bhFiann, followed by Ireland's Call. 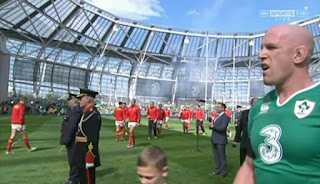 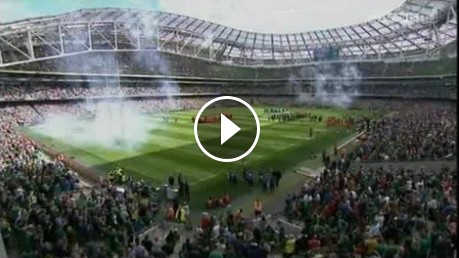 “Brian and myself at the Aviva Stadium for the launch of the TV3 Autumn season.”
﻿ 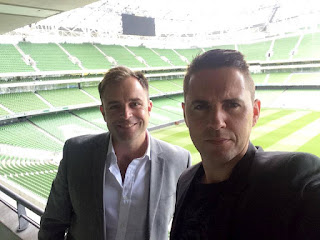 “Hanging at The Aviva with Mr Dunphy, Mr Coulter, and Mr Hunter.” 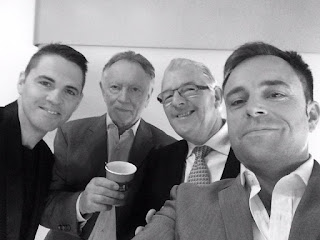 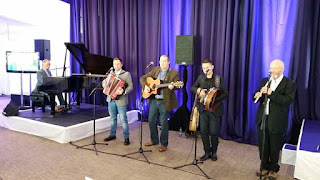 High Kings at the Pentagon
“Here we go again. Next stop Washington DC.
Still buzzing after yesterday's victory in the hurling.
Hope there's a huge turnout tonight in Kilkenny for our extraordinary Cats!
Supreme warriors. #36 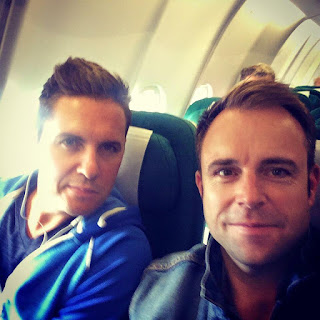 “A day beyond words in Washington DC, where The High Kings were guests of General Martin Dempsey, the Chairman of The Joint Chiefs of Staff.
During a private tour of Arlington Cemetery this morning, Brian and I, along what Finbarr and Martin, were honoured to lay a Green, White and Gold HK wreath at the Tomb of the Unknown Soldier, with full trumpet salute. An incredibly moving moment impossible to forget.
After a private tour of The Pentagon, which was unreal, we were invited to an intimate lunch there with General Dempsey and his lovely wife.
To wrap it up, we joined The US Marine Corps band at their HQ where we sang a number of The General's favourite High Kings songs.
It doesn't get much better or more rewarding than today.
We are very grateful to have been awarded such an honour.” 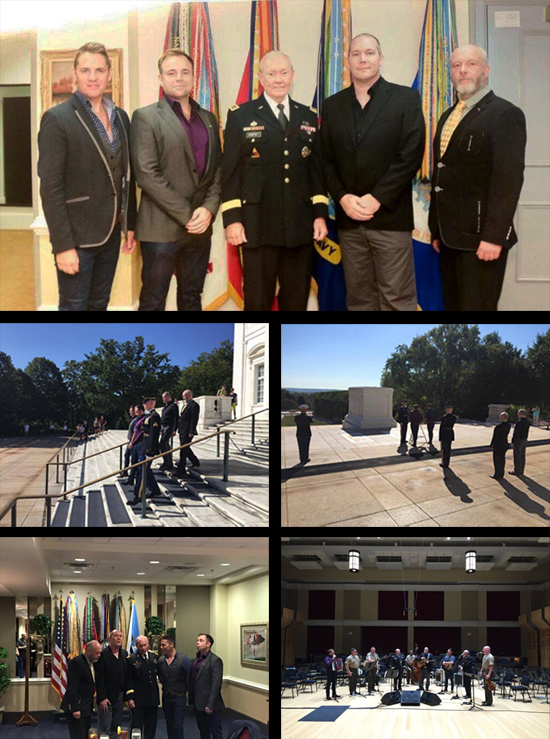 Listen to Darren chatting to Anton Savage on Today FM about the High Kings proud and emotional day at the Pentagon yesterday. CLICK HERE

Up For The Match

“First time I did "Up for the Match" was in 1993 when Kilkenny beat Galway.
Next was 2007 when we beat Limerick.
Tonight we are back again!
The High Kings will close tonight's show with a medley.
Tune in to RTE 1 at 9.50pm for songs, stories and Craic.”

“Really overwhelmed. Literally hundreds of messages and texts from Kilkenny people since tonight's performance on Up for the Match.
I'm always very proud to sing The Rose of Mooncoin, especially when it's representing our country team.
Nothing beats that feeling.
Come on The Cats!” 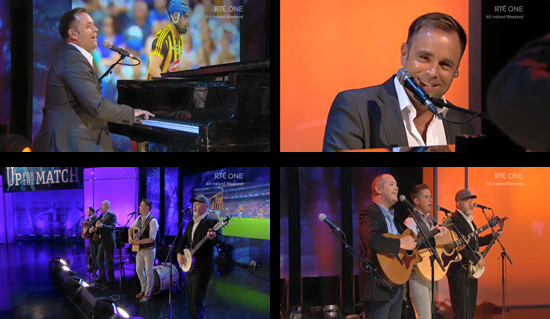 The High Kings performing on RTE's Up For the Match on the eve of the All Ireland Senior Hurling Final. Darren proudly performed Rose of Mooncoin at the piano, then joined the rest of the lads for the Holy Ground. His beloved Kilkenny Cats went on to win their 36th All Ireland Championship Kilkenny 1-22 Galway 1-18. 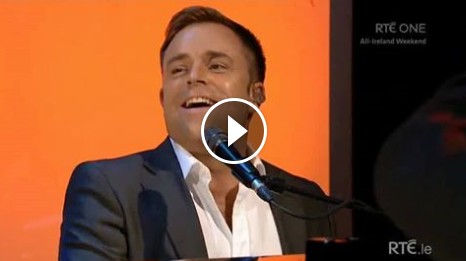 The Seven O’clock Show
“I'll be on the couch at the 7 O'Clock Show" on TV3 this evening to have a chat and try to avoid having to chop vegetables etc!!”
Seven O’clock Show Update: “Even Darren Holden from The High Kings got to spank the Pomegranate! So much fun on the show tonight- we hope you guys enjoyed it half as much as we did!!” 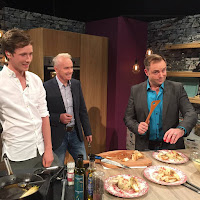 Watch Darren on TV3's 'The Seven O'clock Show' Friday 4th September 2015. He chatted about Irish music, Ireland's Call, the All Ireland hurling final, as well as helping cook pan chicory chicken and spanking a pomegranate! Ahead of these clips, discussions were taking place about the collapse of the Irish Nationwide building Society, before Darren was brought in to the conversation. 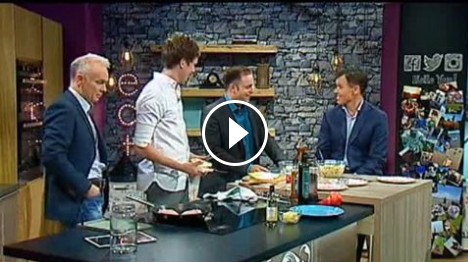 Other News From the US!
Dubuque
“Dubuque, you've blown us away tonight. Loved every minute of your beautiful city. See you all next year!”
Rushville
“Rushville, thanks for taking care of us so well last night. What a beautiful evening for an outdoor concert under an Indiana clear sky. Great memories.
Thanks to David Willkie, John, Brian and Dan for everything.”
Great picture of Darren and the lads from the Rushville show taken and shared by McGowan Designs Take a look at their album for more of Darren and the band.
CLICK HERE for more photos. 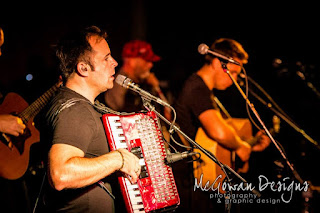 “So last night we stayed in a very very old history steeped house in Rushville, Indiana. Once occupied by Wendell Willkie, who ran against President Roosevelt back in the day. All very well, unless you've watched Insidious 2 the night before and that muppet Brian Dunphy leaves this under your blanket!” 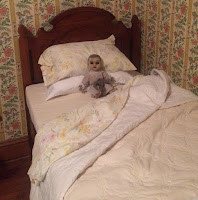 Buffalo
“What a beautiful way to end this leg of our US Tour. Outdoor in Buffalo NY on a perfect summer afternoon.
Fantastic crowd that included my buddy who brought me a Buffalo Sabres shirt.
Onwards to Chicago and home.”
Pittsburgh
“Thanks to the huge Pittsburgh crowd who came out to see us in the rain this evening. This city has always been good to us, from the first show at The Hard Rock Cafe, to Hartford Acres etc...
Loved the pre show "Let's go Steelers" chant changed to "Lets go High Kings".
Big thanks to you all.”
Thanks to Bonnie Bittner Lepro for the photos 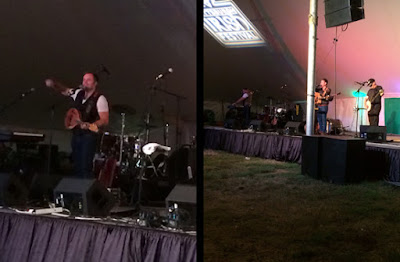 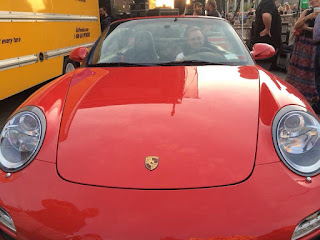 “What a night. Thanks Syracuse.” 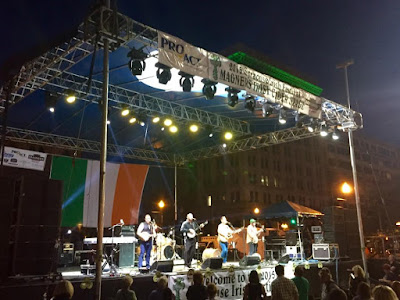 Update from HKHQ “Thank you Syracuse! Record crowds attended tonight's show and we thank each and every one of you for such an amazing reception! We WILL be back!!” 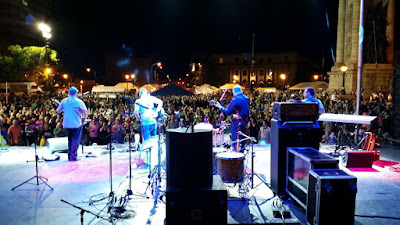 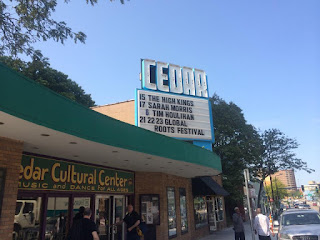 “One of the best concerts we've ever played tonight in Minneapolis. Absolutely Fantastic audience that were there to sing and have fun.
We even threw in Prince and Bob Dylan songs to honour being on their turf.
Thanks to the best crowd in ages for giving us one to remember.”
Minocqua Wisconsin
"When you are sold out in Minocqua Wisconsin, it doesn't suck that this is outside." 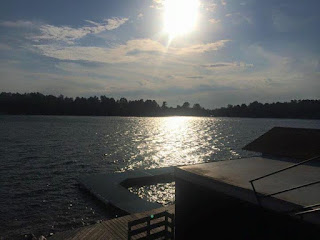 Irish and US Tour Dates Announced
We are delighted to announce the addition of some new shows in October in Nashville, Cleveland, Denver and San Francisco, see the website for all the show info and ticket links. 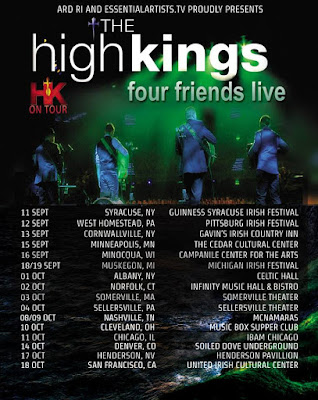 The Irish Christmas and New Year tour dates have been announced! 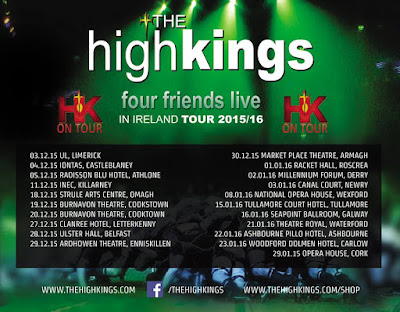 http://www.thehighkings.com/tour-dates/
Other Darren Updates
“One of the greatest days ever. Kilkenny All Ireland Senior Hurling Champions for the 36th time. A hard fought but well deserved victory. Seeing so many people from Mooncoin afterwards, priceless.
Brian Cody is a legend! 'Nuff said!
11 All Ireland's.
Perfect!!”
“Perfect Headline!” 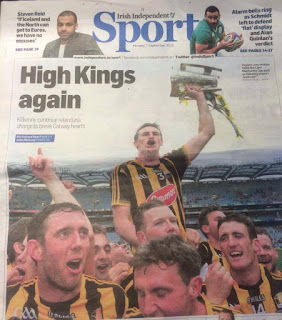 The week beginning August 23rd marked the 10th Anniversary of Hurricane Katrina. In November 2005, Darren released Through Hell and High Water, a song he wrote with Bryan Steele in dedication to the victims. It became one of the most downloaded songs of the year in the US, gaining him much praise for the touching lyrics, and heartfelt message, from fans of all ages and backgrounds. You can download the song and others from Darren's Roadworks album from iTunes.

That's all the news from a very busy month for Darren and the High Kings. They are coming to the end of their current leg of the US tour, but after a short break back home, they will be back early October for more dates, see the High Kings website for details.

We'll be back with more news soon, but for now thanks to you all for your continued support.

Darren & the DH Team
Posted by Darren Holden Official at 14:08