Message from Darren and triAthlone Launch

Message written by Darren for his second newsletter:

Thanks so much for all the massive support on the road this month, and to the thousands of you who purchased the new album,"Live in Ireland", sending us back into the top 10.

Also, infinite thanks to everyone who was there for Brian during his darkest hour. It was heartwarming to witness such an outpouring of love and sympathy for him and his family. His dad, Sean was there with advice for me ever since Brian and I began working together 11 years ago, and his tips were always noted and put into practice. He is, and will be, sorely missed. RIP

So, due to the phenomenal reaction to the first newsletter, here we are hot on it's heels with the second one. It's been a busy month, so hence the need to do a new one.

HK will be hitting various beaches and resorts around the world during June, as we are on VACATION! Woo hoo...

Some DH stuff coming up soon, including the long awaited RTE screening of the Kilimanjaro Documentary.

Thanks as always for being there.

Would you like to read the first Newsletter to see what it's all about? Click the link here to take you to the archive.


Official Newsletter Issue 1
If you sign up now you'll receive Issue 3 direct to your inbox and your subscription confirmation will give you a link to the latest Issue 2 which includes:

* An exclusive link for a FREE download of Darren's The Great Hunger from Rhythm Of The Dance which is no longer available to buy.

* The chance to submit a question to Darren to answer in a future newsletter.

Official Newsletter Sign Up
triAthlone Launch Night
A couple of weeks ago, Darren attended the Launch of TriAthlone 2011 at Lillies Bordello in Dublin and performed a few songs. The Triathlon event to be held in Athlone in July is in aid of RESPECT. RESPECT is an Irish Registered Charity (CHY 11481) – Responsible for Fundraising Projects for People with Intellectual Disabilities of all ages within the Daughters of Charity Service in the Dublin area.

Since 1892, The Daughters of Charity of St. Vincent de Paul have worked hard to provide care, education and training for People with an Intellectual Disability. We provide a seamless partnership of care for people from infancy right through to old age. Our work is ultimately about people, their dignity and their quality of life. We have the responsibility of caring for 2,300 people, 800 of whom are in full-time residential care, with 1,500 attending our Specialist Centres on a daily basis. 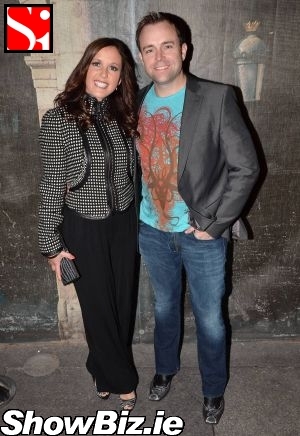 Darren is interviewed at the launch night for Kildare TV 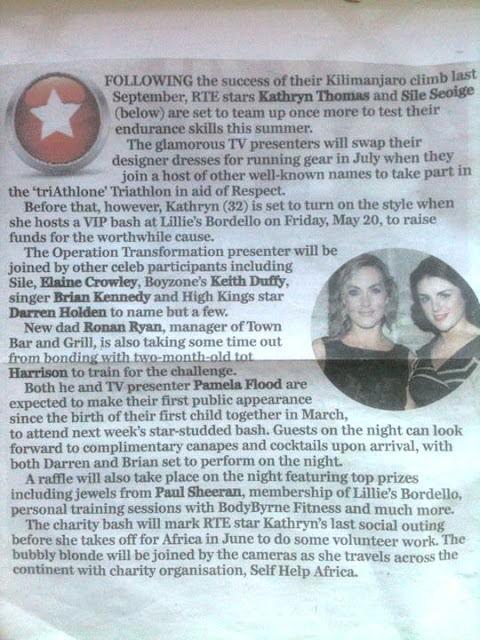 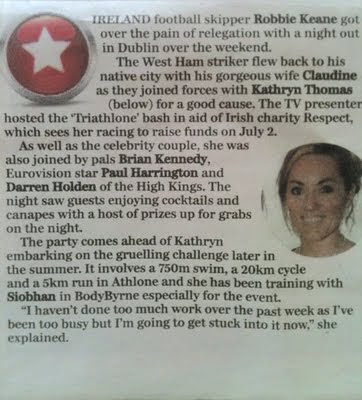 Posted by Darren Holden Official at 21:40