Are you all ready? Shopping done? Munchies at the ready?

It's just been a crazy time over the last few weeks for HK and myself and shopping has had to wait until next week at the earliest. I traditionally like the buzz of last minute shopping. I always remember my childhood Christmas Eve's were spent in Woolworths in Waterford, where I my 7 year old self would run around picking up gifts for my family. Happy times. Maybe that's why I always leave it late! : )

I want to thank you all for your amazing support and friendship throughout 2013 and here's promising that 2014 is gearing up to be the biggest HK and DH year yet.

Stick around and jump aboard. You won't regret it.

Have a wonderful and blessed Christmas and a very happy and healthy New Year.

Back in December 2009, Darren dropped in to KCLR to chat to Sue Nunn about his favorite books. Not expecting to sing he arrived without his guitar and performed a couple of impromptu songs. Listen to the chat and Darren performing acappella versions of Blue Christmas and Oh Holy Night.

Christmas at The White House

Dec 5th 2004. Darren was invited by President and Mrs Bush to perform with the US Marine Corps Band at the annual National Christmas tree lighting at The White House. Darren performed some seasonal standards along with a Billy Joel classic.

Here he is at the end of the night sharing a mic with the president to sing Jingle Bells! 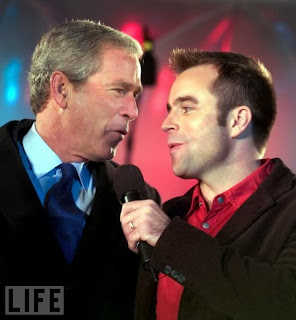 “Taking my kids to see Santa Claus today, and just found this pic of me going to see him many moons ago! I'm just as excited!” 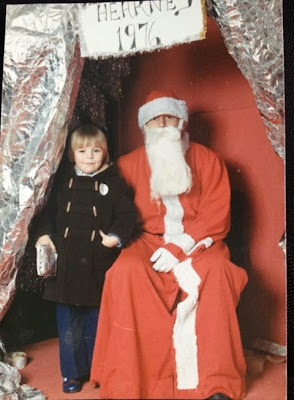 Christmas at the Royal Albert Hall

The High Kings joined the Young Voices choir on their Arena tour winter 2011/2012. The tour incl a very special Christmas charity concert in aid of CLIC Sargent at The Royal Albert Hall. Here they are singing Step It Out Mary! Watch through to the end when a couple of thousand children join in the singing in their Santa hats!


Earlier in the show they performed Rocky Road to Dublin and Whiskey in the Jar. They returned to the stage to close the show with the Queen Finale, Brian providing the lead vocal for Who Wants To Live Forever and Darren rocking the stage with One Vision, before they both took things up a gear out in to the audience for Don't Stop Me now, with a little help from Finbarr. Watch it all here!

On Christmas Eve 2008, the High Kings joined Joe Duffy for the RTE R1 broadcast live from Grafton St. Here they are singing God Rest Ye Merry Gentlemen. You can listen and download with our compliments!

The High Kings recorded two Christmas classics, Driving Home For Christmas and Santa Claus Is Coming To Town, which were included on the Celtic Woman 'A Celtic Family Christmas' CD a few years ago. Unfortunately, the CD isn't readily available now, but you can hear the songs courtesy of these two You Tube videos.


We hope you have enjoyed a little Christmas cheer from Darren and the High Kings.

We will be back with all the news in 2014, for now we will sign off 2013, wishing you all a very Happy Christmas and good health and happiness for the New Year.


Thanks you all for your continued support

Posted by Darren Holden Official at 22:17