"Looking forward to going home to Mooncoin this afternoon for the official opening of the newly extended Parish Hall at 2pm.”

“What a fantastic day for Mooncoin. The opening of the new extension to the existing parish hall. To say I was moved beyond words is an understatement. I'm honoured and very proud to have been asked to officially open the building and to see so many family and friends as well as our Bishop Freeman, Fr Muldowney, and local dignitaries.
Thank you Ronan, David, Paddy and the entire committee and the people of Mooncoin, from the bottom of my heart.” 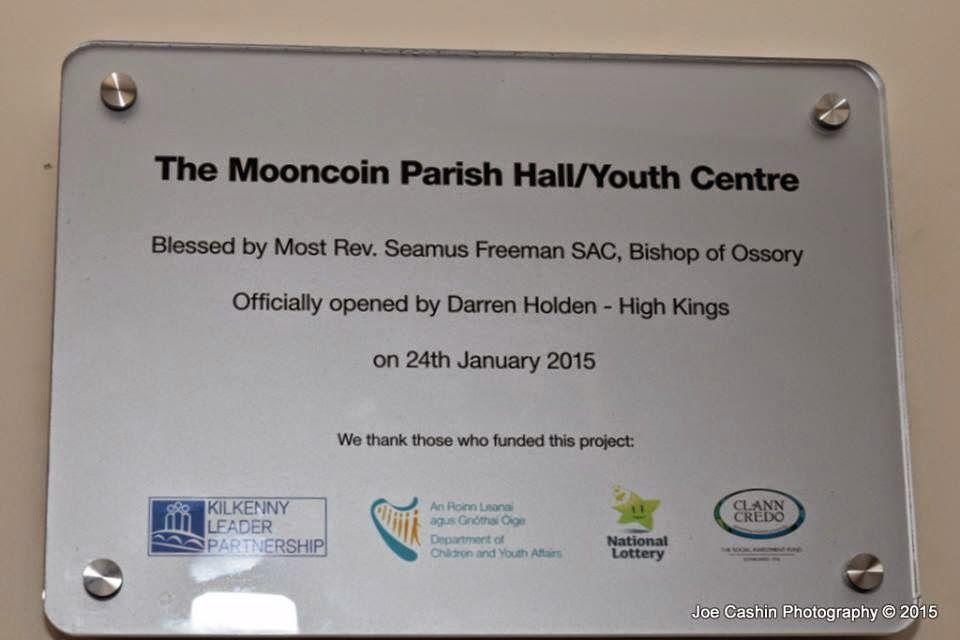 Thanks to Joe Cashin for recording Darren singing Rose of Mooncoin at the opening of the Mooncoin Parish Hall extension. A very proud day for Darren and the people of Mooncoin. 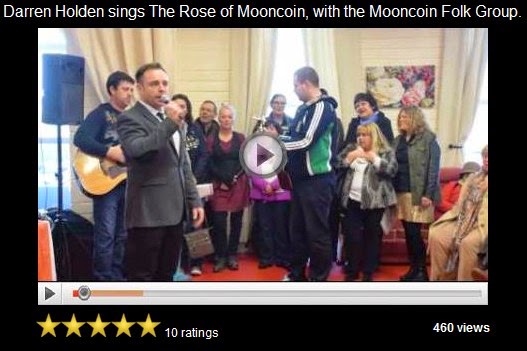 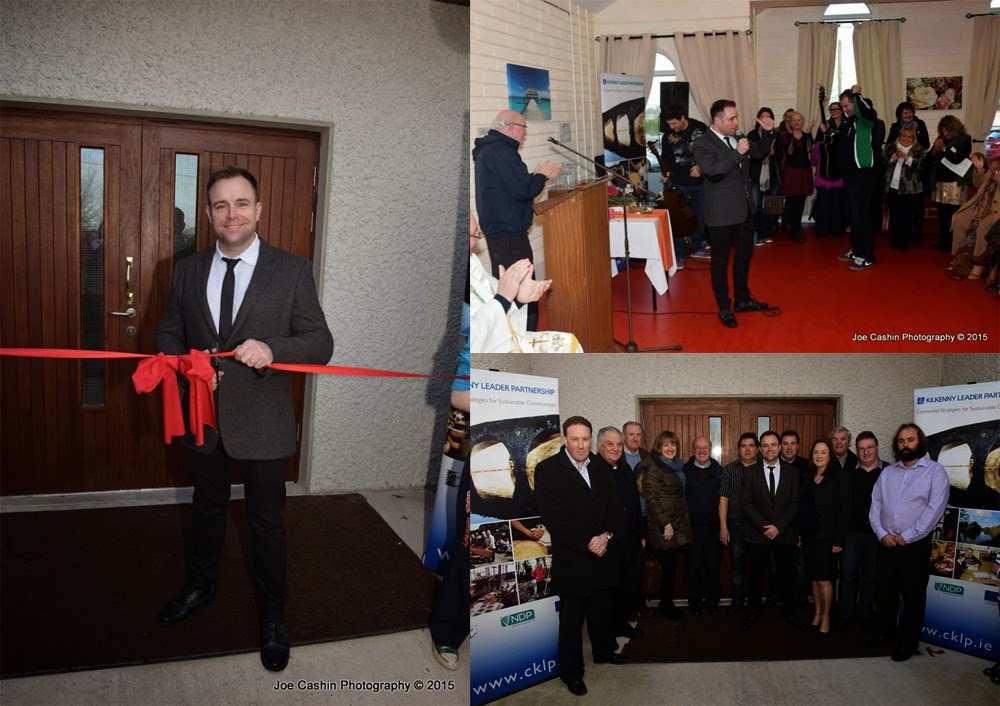 “Thanks to The Kilkenny Reporter Newspaper for a 2 page report on last Saturdays events in Mooncoin.” 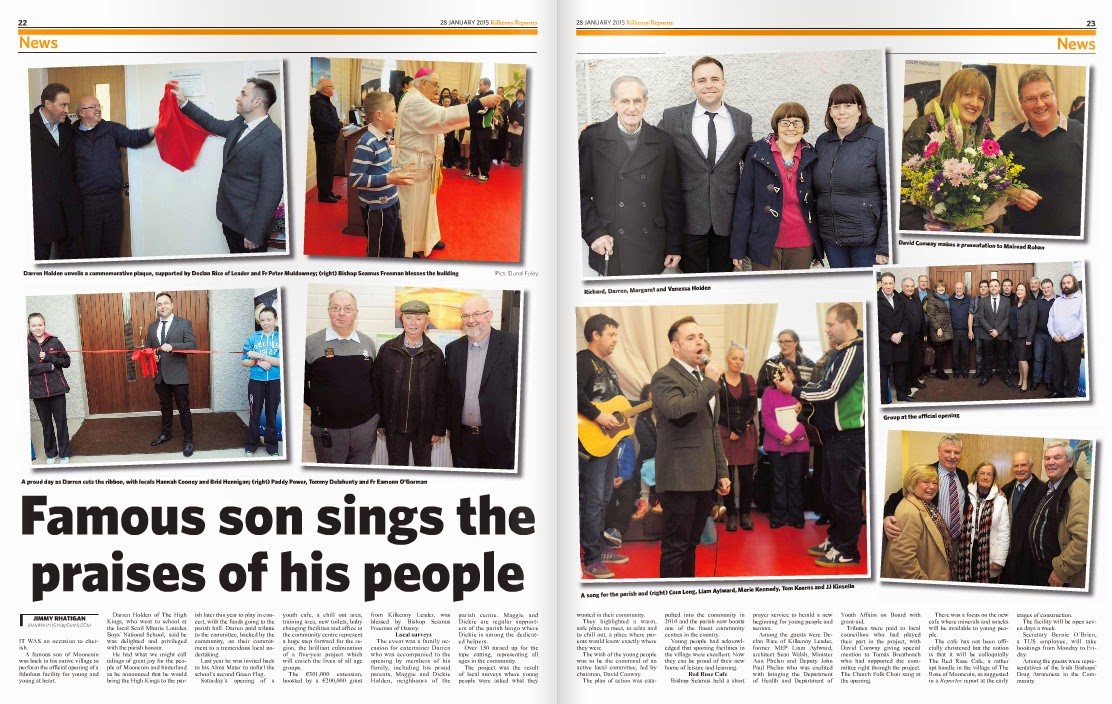 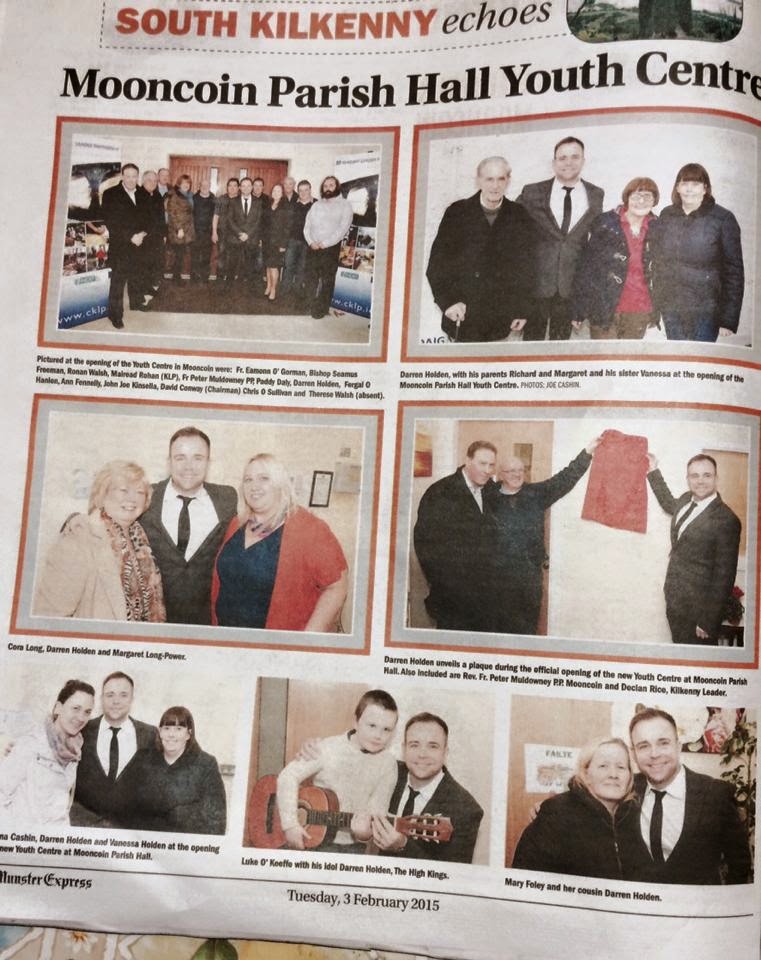 From the Archives
"TBT. That week I had the most radio plays on Country Music Radio in the USA.
#bloodandsmoke " 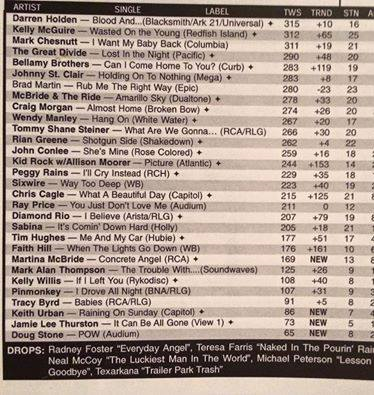 These photos of Darren are from a Universal Records photo shoot back in 2003. The shoot took place at a disused gas station in Greenville North Carolina. 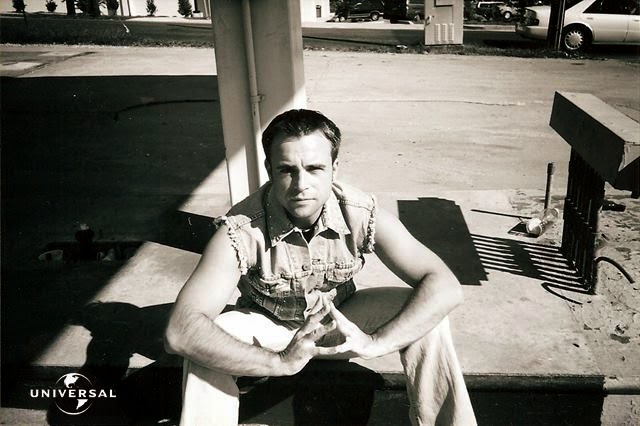 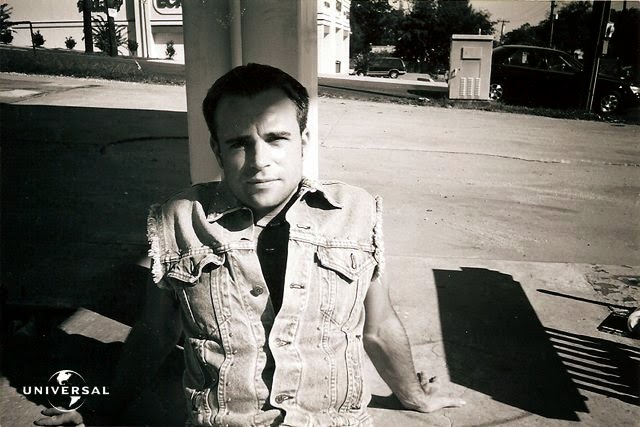 A rare opportunity to see footage of Darren performing a solo corporate show back in 2008. His performance includes songs by The Beatles, Billy Joel, The Beach Boys, The Eagles, Buddy Holly, Elvis, a little Irish Rover and a Rock'n'Roll medley. Special thanks to ChuckFAZIOENTERTAINMENT for allowing us to share the video. 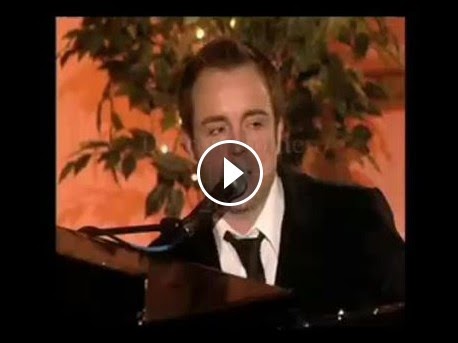 RTE New Year's Eve
“Just had this pic of us on RTE's New Years Eve show sent to me.
Hopefully we will have much more of this throughout 2015.”
﻿ 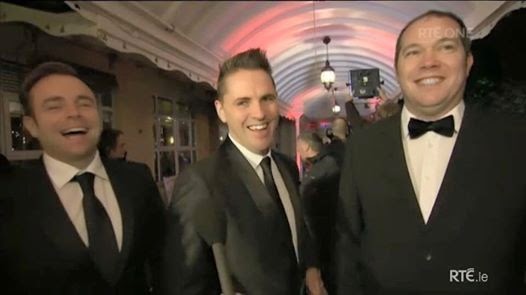 With a night off from the Irish Tour and no live performance on RTE this year, the High Kings got to see the New Year in with their families. But it didn't stop them from making an on screen appearance on RTE's New Year's Eve show! Here they are, pre-recorded on the red carpet at the People of the Year Awards. 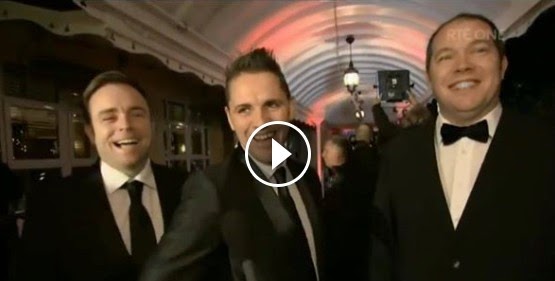 New York City!
Update from HK HQ heading to NYC for a weekend of promo.
“Good morning all from a sunny HKHQ in Dublin! This weekend we are participating in APAP NYC 2015 where we hope to impress the many Performance Arts Centre presenters attending as delegates. Our Showcase times are as follows in THE GIBSON SUITE on the 2nd Floor are; Saturday 10th January 1140pm-1200pm (midnight); Sunday 1100pm - 1140pm; Please contact your local PAC Presenter this week and ask them to drop by and see us perform live! It's the best way to make sure we get a chance to play locally for you in 2015/16!! Sadly, these shows are NOT open to the public but we look forward to announcing a LOT of live shows in the USA very soon!!”

“Amazing to see my old boss Billy Joel last night at Madison Square Garden, New York, and always good to see Chuck Burgi and the band guys, and a special thank you to David Rosenthal for hooking me up.” 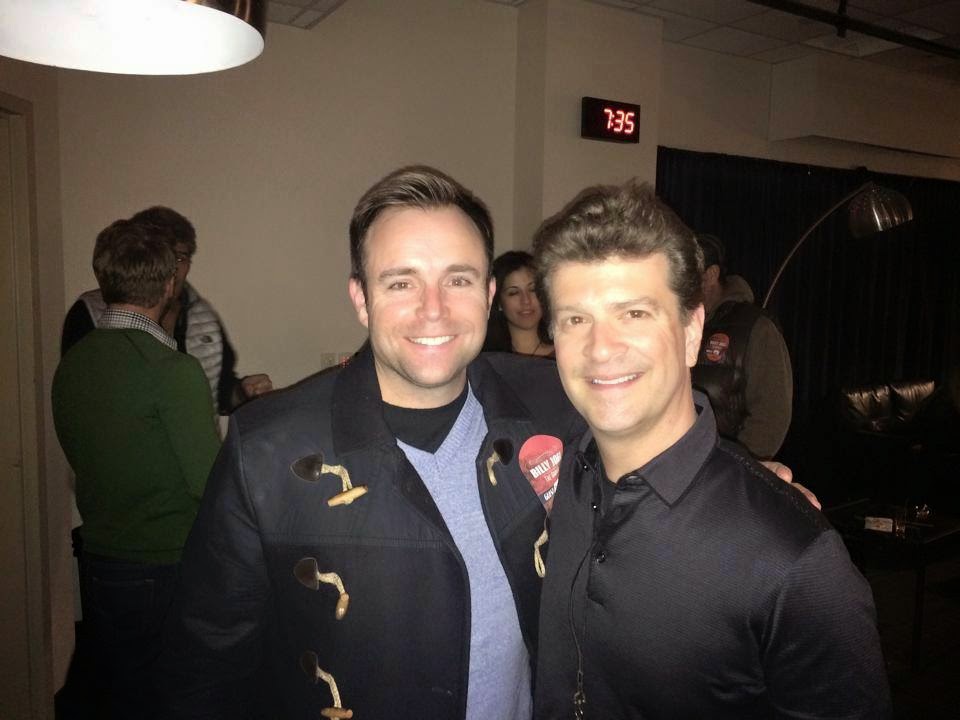 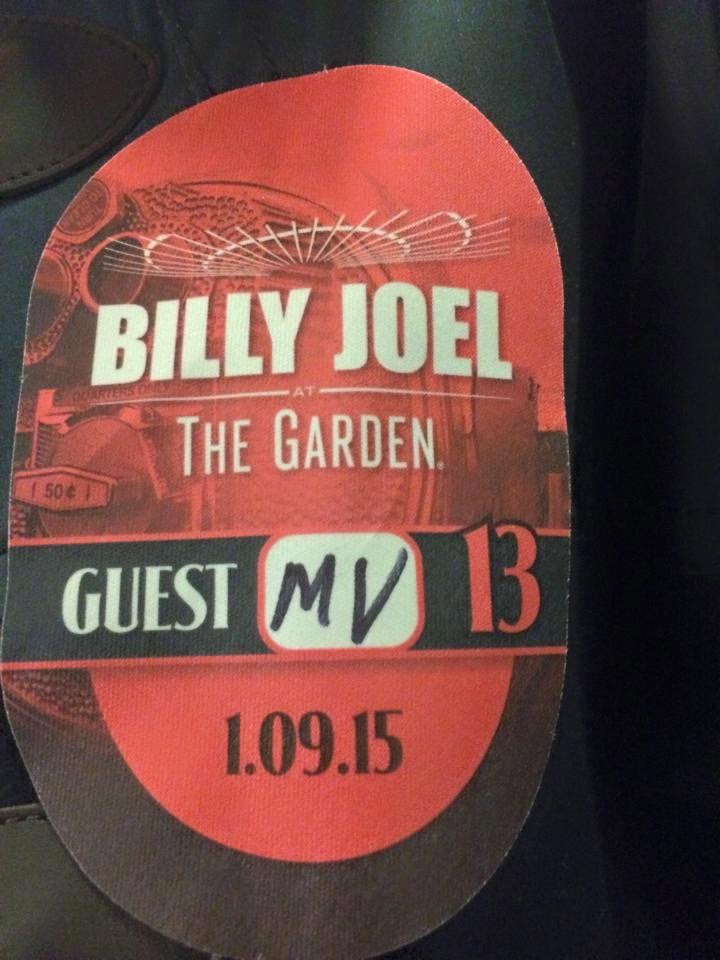 A little message from Darren (and Brian) from the Billy Joel concert in Madison Square Garden.
Photo copyright www.thehighkings.com 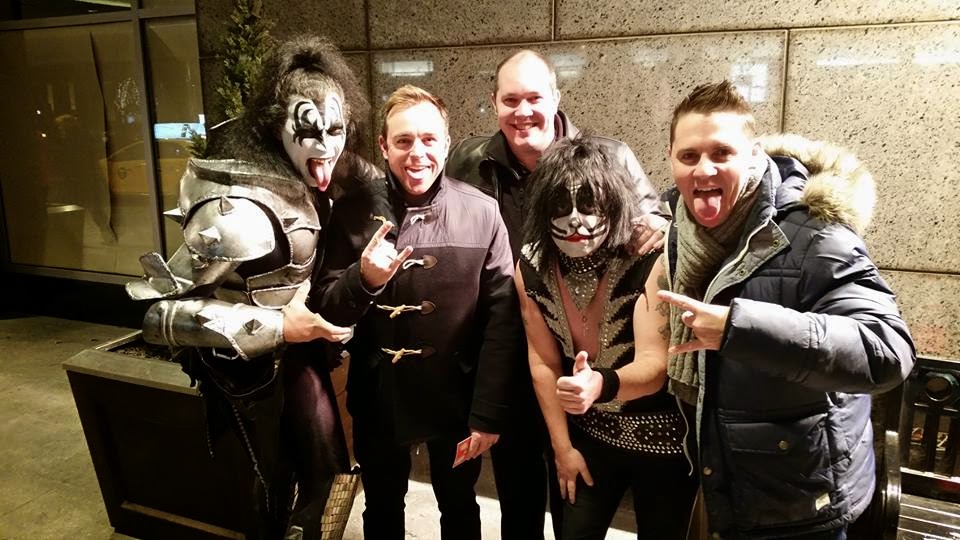 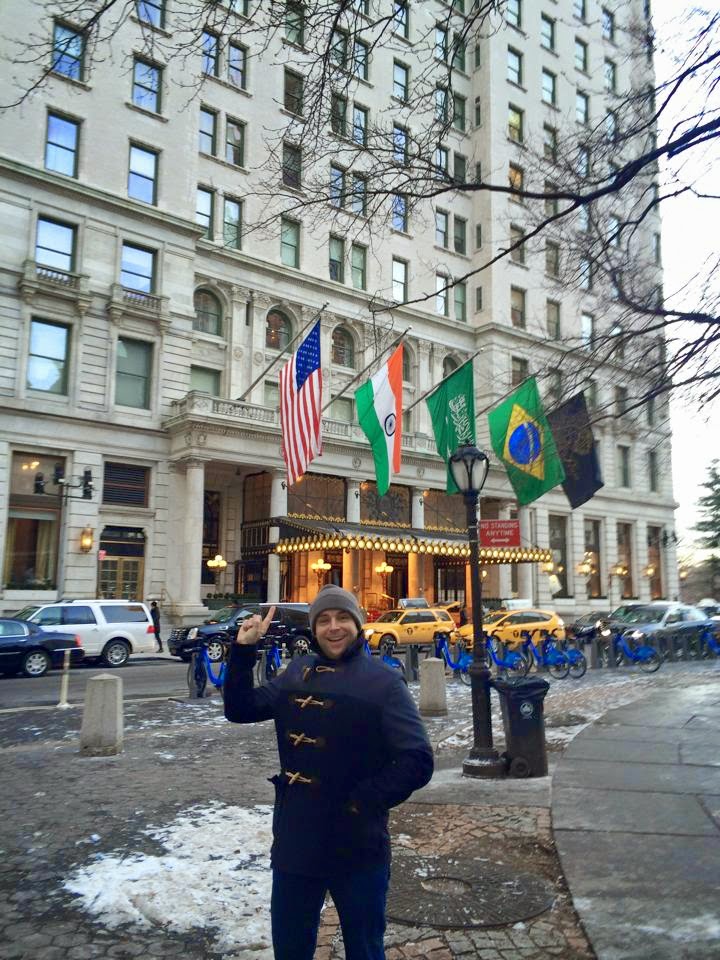 “Back on home soil. 4am. Zzzzzzzzzzz.....”
Ireland AM
An early start for the High Kings on the sofa at TV3's Ireland AM. 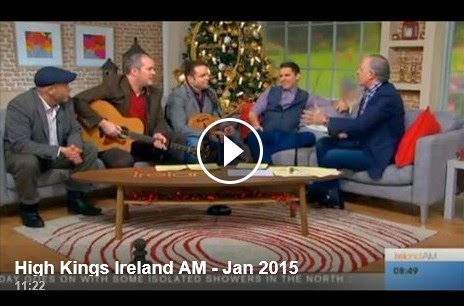 Irish Tour Round-Up
Omagh“One of the best shows and crowds we have had at Strule Arts Theatre Omagh.
Incredible atmosphere. Thanks to everyone who came out to see us. Great fun.”

“Absolute blast tonight at The Burnavon Theatre in Cookstown. Loudest audience in ages. Great way to end the pre Xmas leg of the tour.
Tyrone definitely folks hard!
Thanks for another show to remember.”

“Letterkenny. Are you ready?”

“Wow Letterkenny. As usual you mean business. Fantastic audience yet again up here.
Thanks for turning up in such huge numbers. Great fun.”

“Enniskillen. That was special. Best crowd of the tour so far. Thanks a million for a great night.”

“Happy New Year to all our friends near and far! Your support in 2014 has been amazing and we look forward to a busy and fruitful 2015. We will play as many shows as possible in the coming year and we look forward to having you with us every step of the way. . . . .we are truly blessed to have you all in our lives. Wishing you all the very best for you and yours for 2015 . . .
Finbarr, Brian, Martin & Darren”

“Wishing each and every one of you, a very Happy, Healthy and prosperous 2015. Thanks for your support this year and let's hope the next one is the best ever.
Darren”

“Tonight's audience in Racket Hall Roscrea was off the scale! Unreal atmosphere.
Thanks to John Kelly for another sold out concert.
To the early birds....we will be appearing on TV 3 Ireland AM after 8.40am.”

“Panto props getting abused backstage at the Millennium Forum Derry. : ) ” 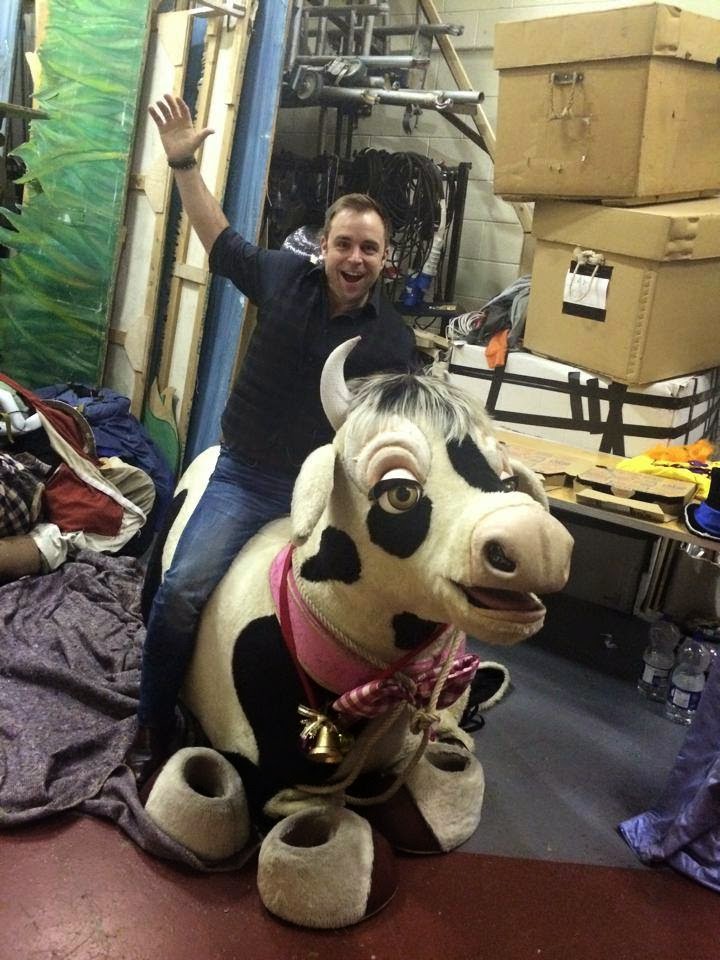 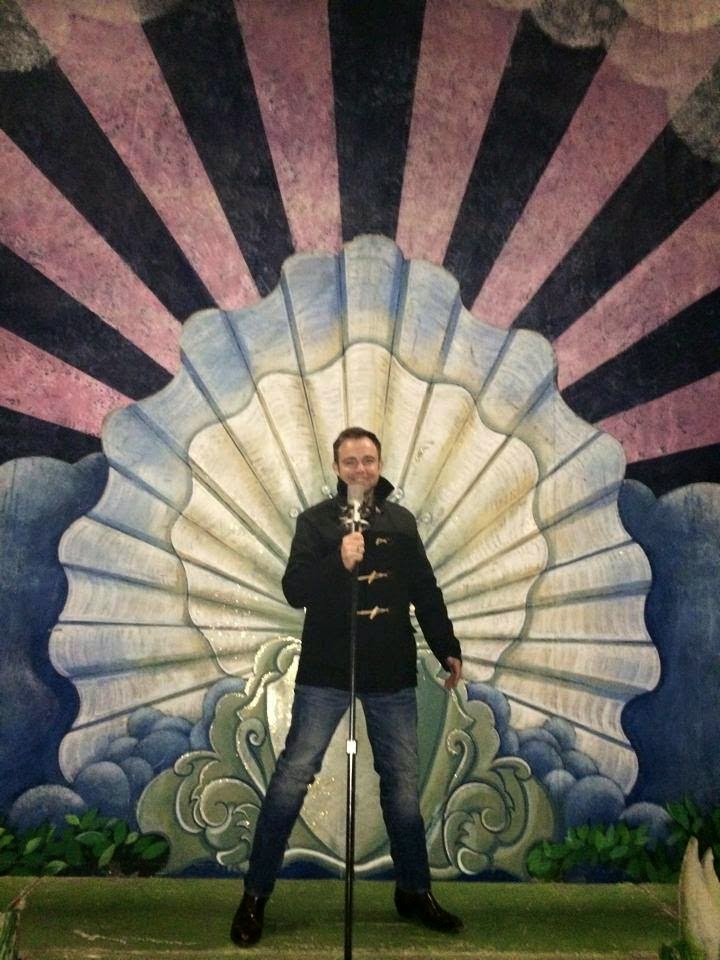 “I've had the privilege of performing on stages all over the world, including Broadway for the last 25 years and I have never been moved close to tears until tonight.
The standing ovation that the people of Derry gave me tonight for "The Town I Loved so well" will stay with me until the day I die.
I can't thank you enough for such an amazing show at a sold out Millennium Forum.
Nights like tonight truly make it all worthwhile and I owe so much of that moment in the show to my mam and dad for the encouragement back in the day.
I will never forget it.
Thanks also to Phil Coulter for writing such a classic song and for the great chats.”Belfast

“Another stormer at The Europa Hotel Belfast. Fantastic crowd, well up for a party. Great fun.
Thanks to everyone who came out to see us!”

“Brian Dunphy and myself will be live on Kildare's KFM Radio at 2pm today.
We will be chatting about the new High Kings live album and concert DVD and also about our current tour.”

Listen to Darren and Brian chatting to Ciara Plunkett in the studio of KFM. They also perform an acoustic version of High plus a little Elvis bonus!

“Almost sold out tonight in Galway!” 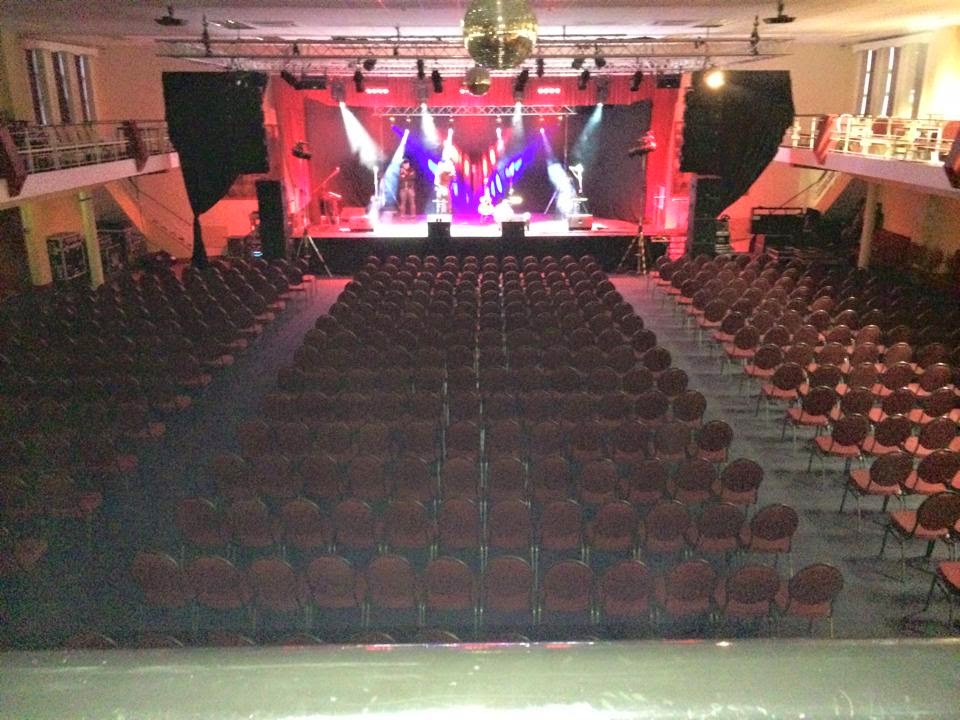 “Thank you Galway. It was epic! And a little blurry as you can see in this little encore moment.”
HKHQ Galway update: "Wonderful show in Galway last night folks, thanks to all who came along and supported us! Here are some great pix from the gig courtesy of Jamie Nolan." 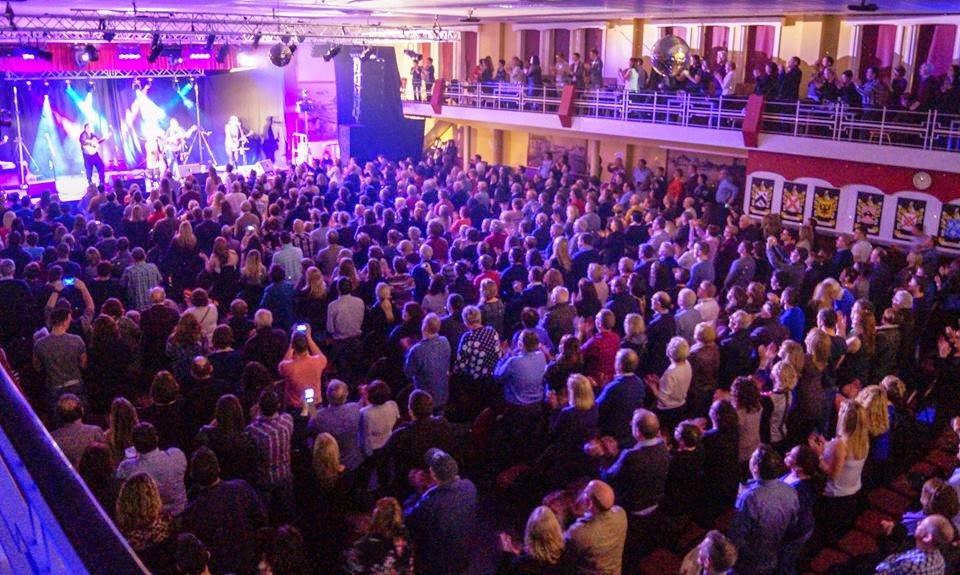 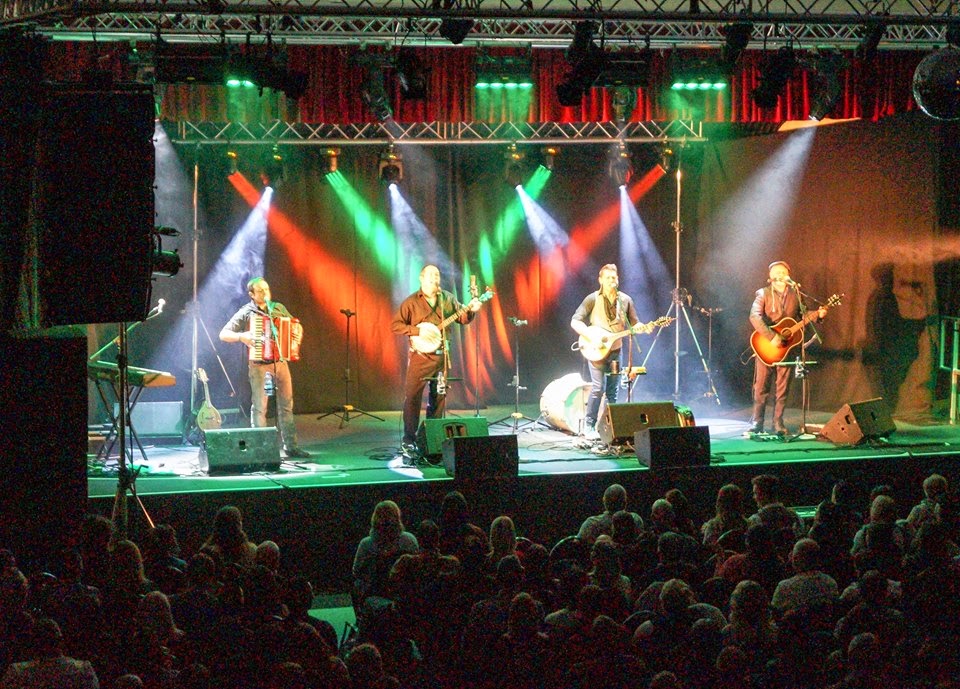 “After tonight's show in Newry I'd say "All about that Bass" may have to stay in the set.
Best fun in ages. Thanks again to another sold out crowd for giving us a huge welcome.”

“Great to have our friends The Jeramiahs open the show tonight. Fantastic group and insane talent. Check them out.” 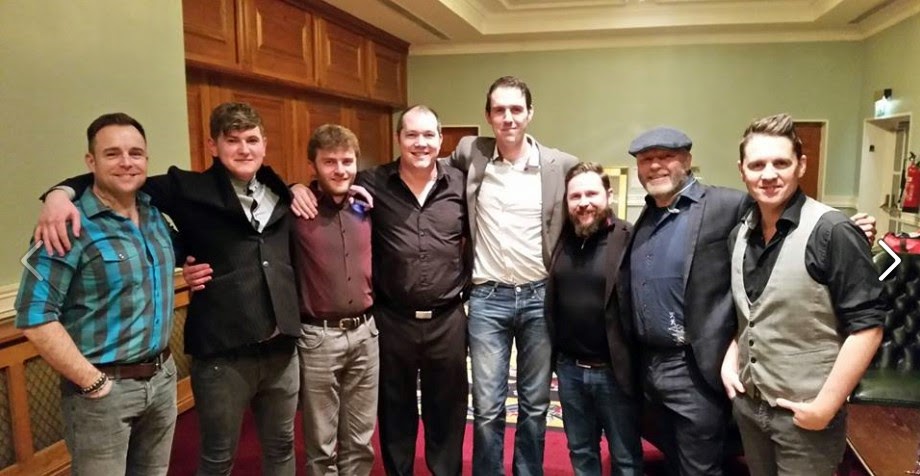 “One of the loudest and wildest crowds we have played to yet, last night in Enfield. Huge atmosphere and another sold out house.
Nights like this never get old.
Thanks to everyone for coming out to see us.
We won't forget it.” 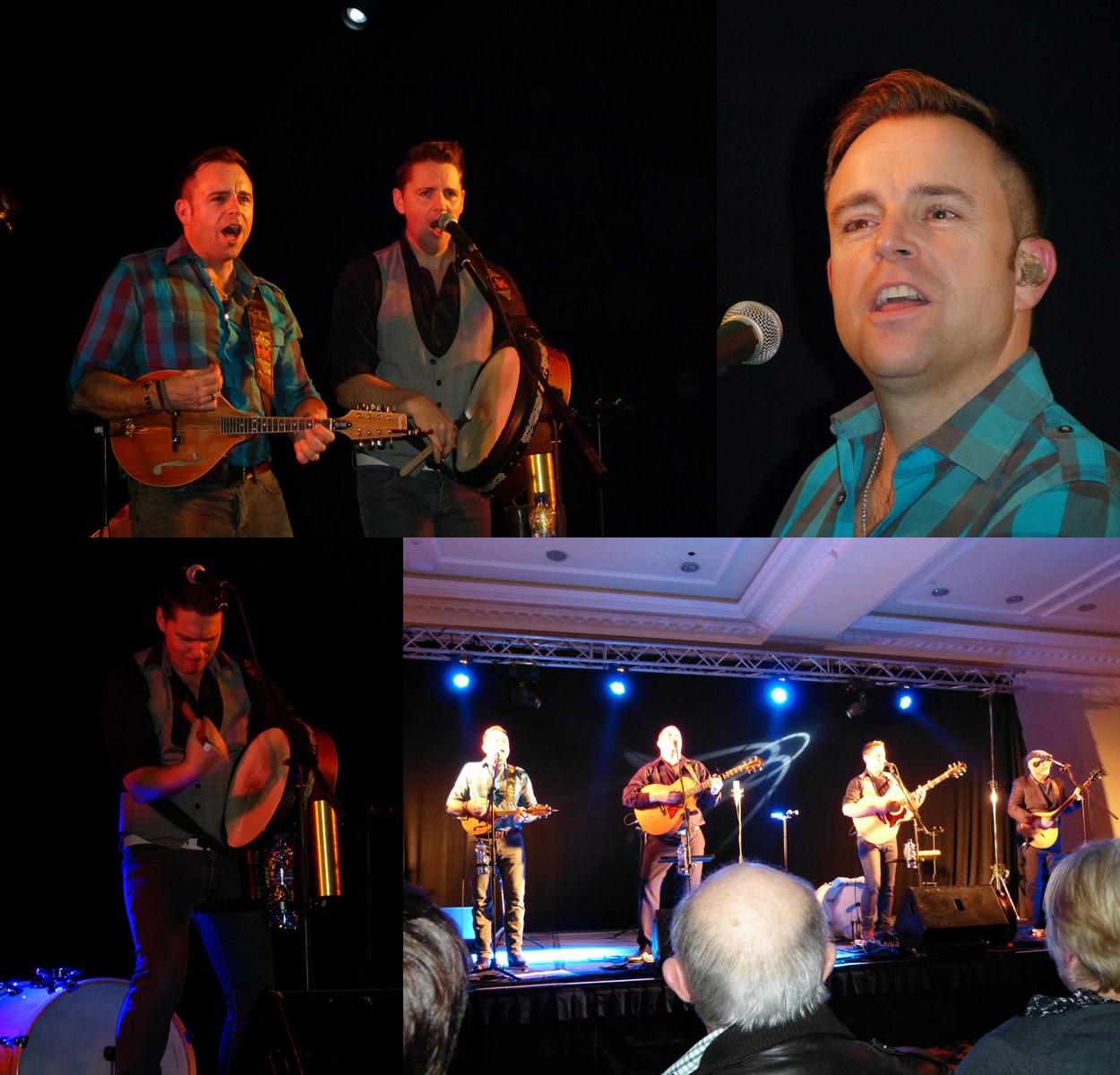 “To last night's sold out audience at The Theatre Royal Waterford, Thank you. That's was crazy. Loudest crowd in ages.
To everyone who couldn't get tickets, we hope to be back later this year!
What a day!!” 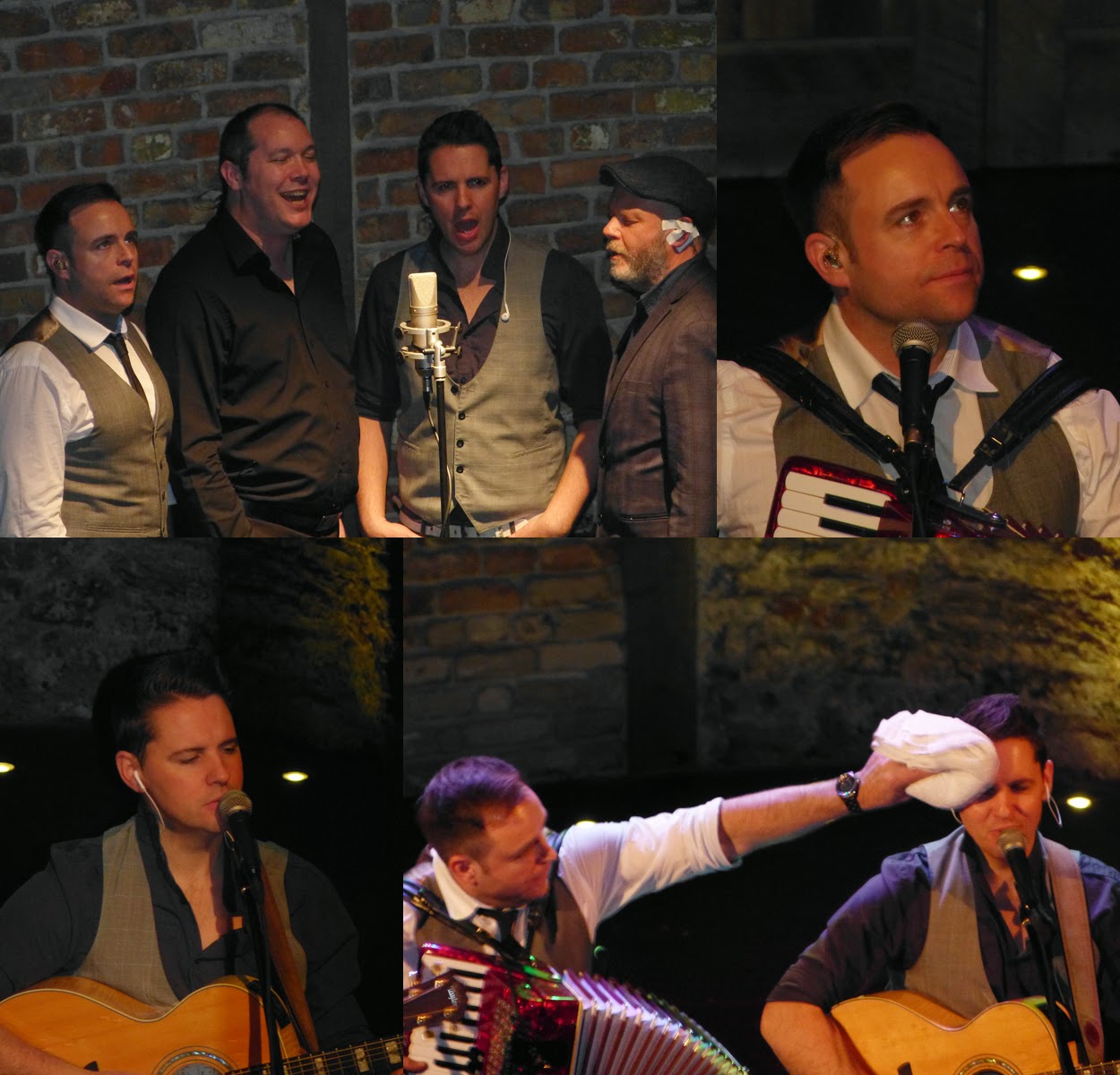 
Update from HKHQ on the final weekend of the Irish Tour.

“Very proud of our number of sold out shows on this tour. Tonight we are in the wonderful Cork Opera House and we are SOLD OUT! Sincere thanks to all our loyal Cork fans and we promise to add a new date later in 2015 very soon!!” 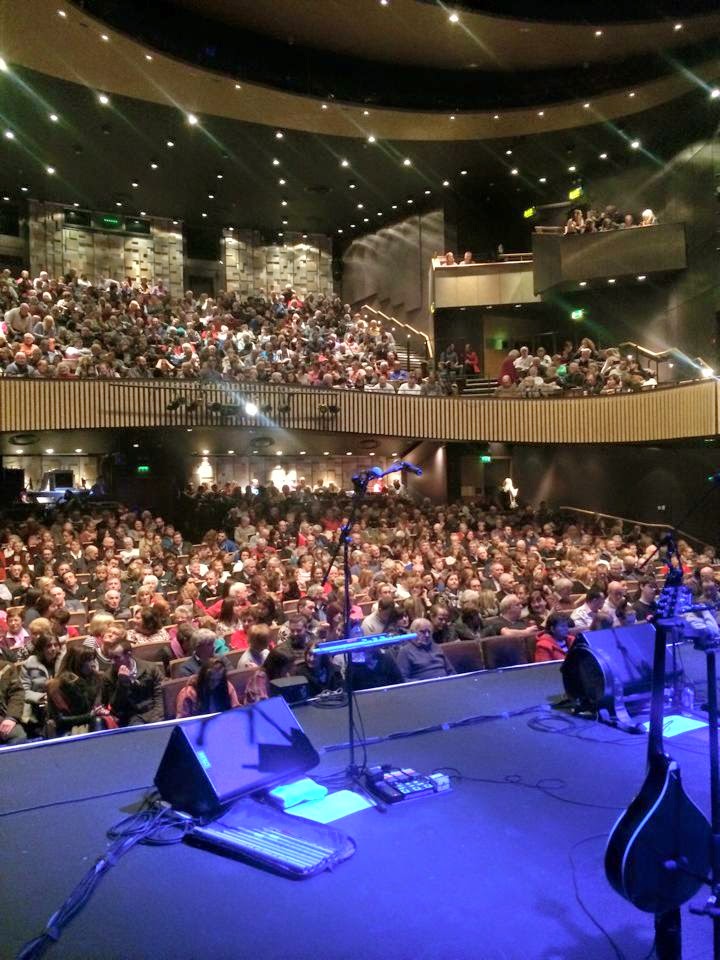 End of tour update from HK HQ – “Carlow Calling!! The final night of our most successful tour ever! We have exciting announcements next week for those of you who did not manage to get a ticket for December or January shows. Woodford Dolmen Hotel Carlow is the location for some end-of-tour fun tonight!”

"Yonder in the distance is tonight's stage. Yup....we go out tonight with a big one." 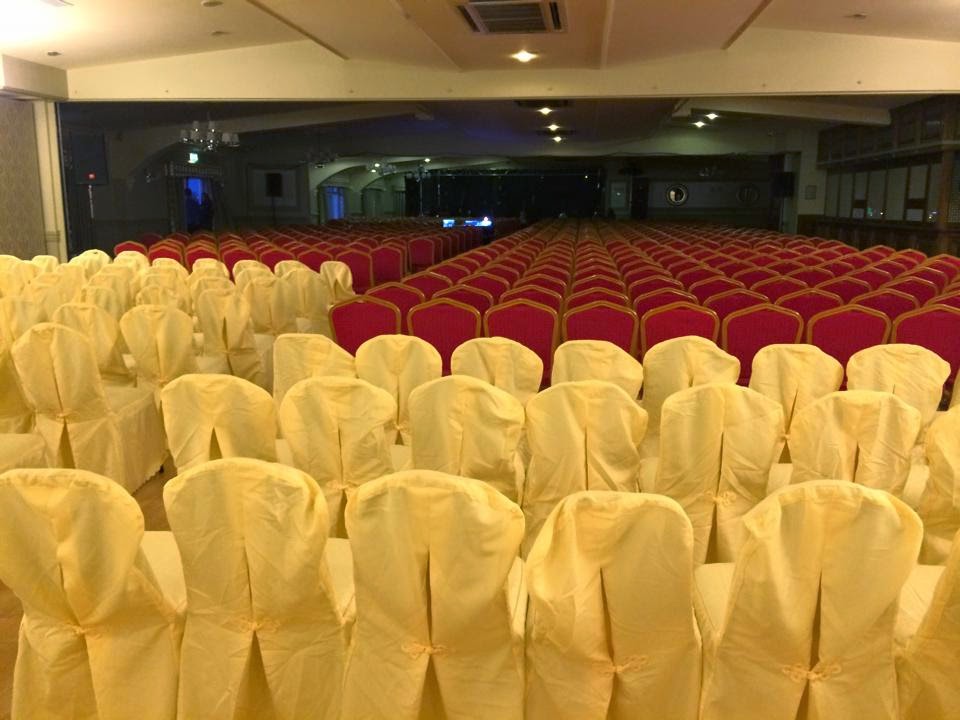 “What a way to wrap up our biggest Irish tour to date. 850 of the loudest people crammed into The Dolmen Hotel last night, including my wife and kids, and lots of other family and friends. The highlight was Josh and his buddies taking the stage as The High Kids!
Magic.
Special clap on the back for our fantastic road crew, Paddy, Ronan , Bobby ,Vivien , Jamie , Alan and David.
24 shows. Almost 15 thousand people saw us! Our biggest Irish tour yet! Thanks to everyone who continues to support The High Kings.
It will be hard to top this tour, but we'll give it a lash anyway. : ) ”

After a short break, the High Kings will be hitting the road again and heading for back to back tours in Germany and the UK during February and March.
Check out www.thehighkings.com for all the dates, venues, and ticket links for both tours and for more tour dates to be added soon.

Final Words From Darren...
“Bit of useless timeline nostalgia. On this day 8 years ago, we wrapped up 3 box office breaking years with our final Movin' Out show in Birmingham, Alabama!
Good times. Great memories.#Timeflies”
Darren, January 27 2015

That's a full recap of all the news so far this year. We will be back with a news round up of the German and UK tours and any other news soon!


Posted by Darren Holden Official at 17:32