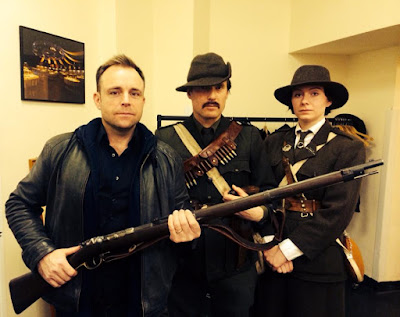 “Just offstage after a fantastic craic singing with the lads on O' Connell St Dublin. Great to share the stage with Sharon Shannon, Mundy and co.” 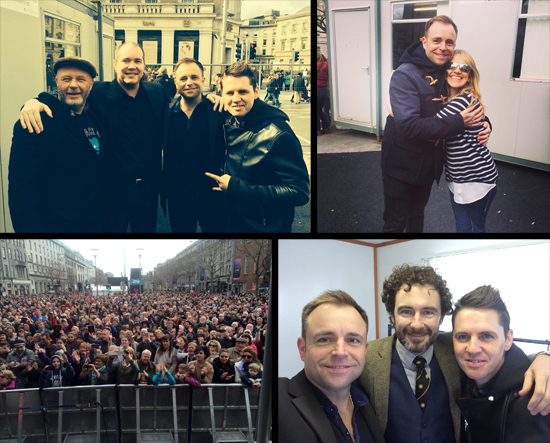 "Lashing out Galway Girl with Mundy and co." 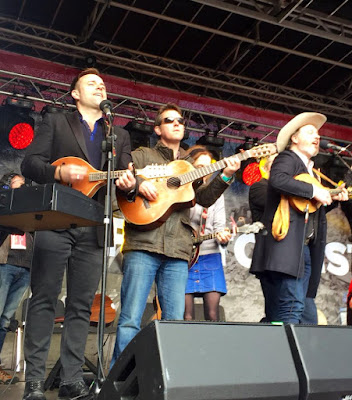 "CENTENARY. How can you sum up such a mammoth production, a moment in time in mere words? Full credit to our national broadcaster RTE for pulling out every stop and getting everybody they wanted to have involved, to come onboard.
Myself and the lads were invited early on to be a part of this unique show and we are so grateful for that honour.
The response to our song has been mindblowing and overwhelming, to say the very least. Literally hundreds of texts and messages still coming in.
To share the stage with incredible homegrown talent such as Gavin James, Imelda, Sharon Shannon, John Sheahan, Colm Wilkinson, Donal Lunny, David Agnew ,Ewan Cowley, etc... No words. Immensely Proud doesn't come close or do justice to it.
'Schooldays over' is a song I learned as a nipper, and sort of forgot about. It came back to me through my good buddy who is an encyclopedia on folk music, and who kept telling me to sing it. Look at what its led to.....Amazing.
Massive thanks to everyone for the incredible support and well wishes and to RTE for the constant support they show us.
I was delighted to have Michelle and some of our good friends there to share it with me."

Darren and the High Kings were proud to be invited to take part in 'Centenary' a special one-off cultural celebration to mark the 100th anniversary of the 1916 Rising. The event was streamed live 'worldwide' from Bord Gáis Energy Theatre on RTÉ One International Player, and received an amazing response around the world. Watch their performance of Schooldays Over! 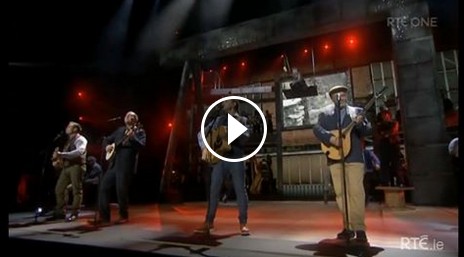 A few video skills of their Centenary performance. 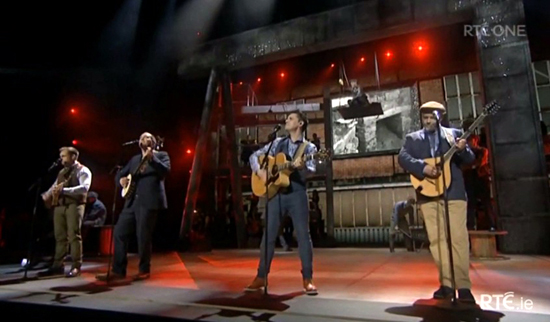 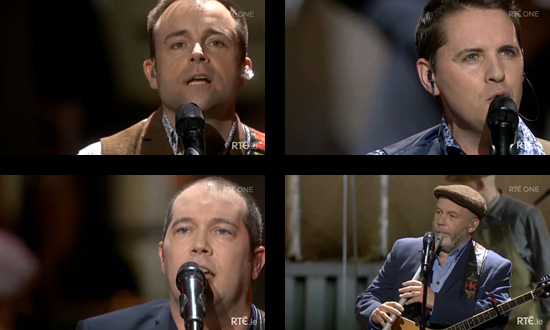 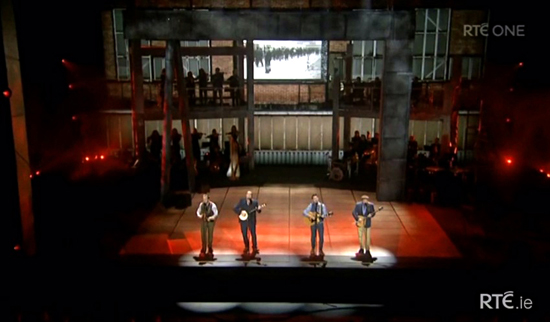 For a limited time, you can also learn more about the show and download the show programme here. CLICK HERE

The response to the event and broadcast on RTE has been huge, with it trending on Twitter throughout the night and after the event.
You can read a press article following the event here. CLICK HERE

“Back on the TV3 couch again tonight at 7pm.
This time Brian is with me.”

Darren and Brian on the sofa at TV3 chatting to Ray Foley and Muireann O'Connell on 25 March 2016. Brian is also helping in the kitchen beating eggs! Joining them on the sofa, athlete Olive Loughnane and Panti Bliss. 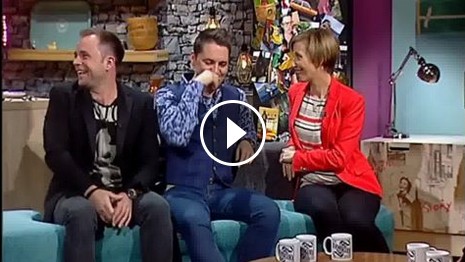 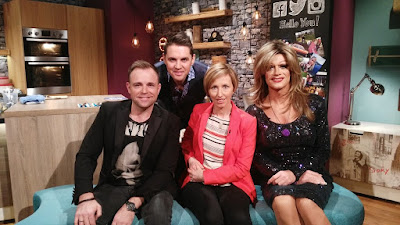 A few screen shots of Darren and Brian on TV3's Seven O'Clock Show. 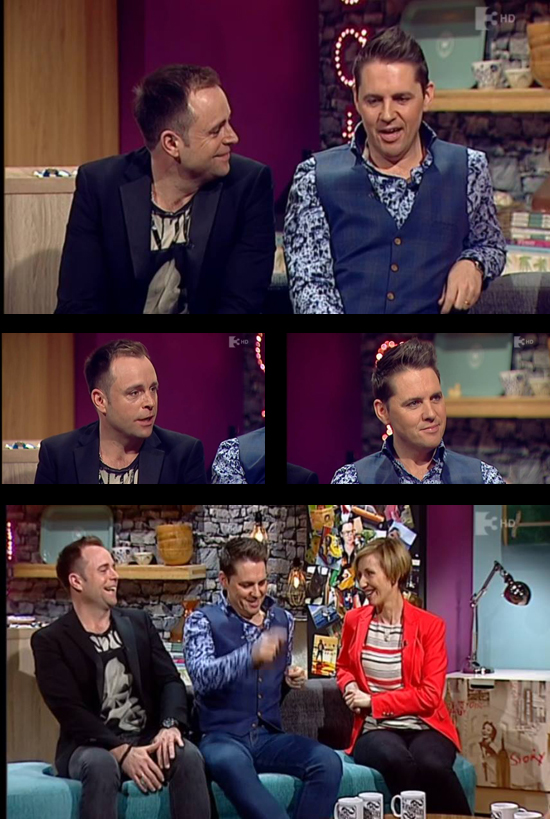 " Many thanks again for all the messages for myself and Brian after last nights 7 O' Clock Show.
We are popping up on telly throughout this Easter weekend to." 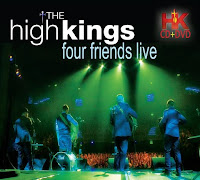 “Overwhelmed with the amount of messages and texts from last night after TV3 showed our new live concert. I've always said Luke Kelly will forever own 'The Town I loved so well'. I just borrow it for 6 minutes every night. Today we play the main stage on O'Connell St with our good friend Sharon Shannon at 12:45 and tonight we are part of the RTE 1 television spectacular 'Centenary' at 9.30pm. Well worth checking out.”

“I will be chatting over the phone to LMFM Radio around 12.15pm today folks.”

Listen to Darren chatting on the phone to LMFM Radio.

Last weekend the High Kings were in Cavan. It was 7 years ago this week, they picked up their 13 instruments for the first time and launched their new 'stripped bare' show with 5 nights at the Olympia in Dublin. We thought you might enjoy this one, recorded on the second night of that 5 night run.

Just uploaded by Michigan Irish Festival, a short clip of memories of the High Kings performances at the festival last year.

“Impossible to comprehend these terrorist attacks. The world has gone crazy. Prayers are with the victims and people affected in Brussels.”

We hope you have enjoyed catching up on what has been a very busy, proud, and memorable weekend for Darren, the High Kings, and Irish people all over the world.

The lads are now on a short tour of Ireland before they turn their attention to the release of their new album and the summer festivals. We'll be back with more news again soon.


Thank you for your continued support.

Posted by Darren Holden Official at 20:04