Well after what has been by far the biggest and busiest promotional campaign we have ever mounted for a High Kings album, we are floored by the universally positive reaction to what we feel us out best studio work to date.
We released and launched the album on the Late Late Show on Friday 13th May and I was honoured to have one of my lead vocal songs as the chosen single by our label.
'Schooldays Over' has been ressurected and given a new lease of life. How it's captured the attention of the fans and media is very gratifying.
Recorded after my buddy's constant coaxing of me to do something with it, it's been a fantastic launch pad for a great record.
So here we are one week in with a number 1 debut. Our highest ever album chart position and Schooldays picking up AirPlay across Europe and the US.
Thank you to you all! Sincerely.
It's a great feeling. 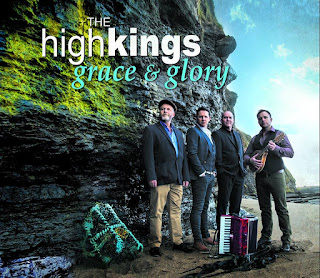 The album is now available direct from the High Kings website, on global iTunes stores, Amazon, Spotify, and all good record shops in Ireland.

“Grace & Glory promo week kicks of this morning for HK with a live in studio chat and song with my old friend Geoff Harris on WLR FM after noon.
Tune in for a bit of fun.”

Watch them live in the studio at WLRM. 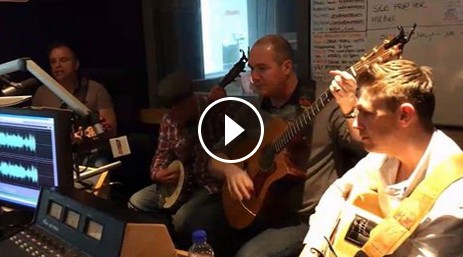 “Today's radio promo.
Spirit Radio with Wendy Grace. 11am
East Coast Radio with Declan Meehan. 11.30am
Then home to KCLR FM to my old buddy John Keane at 2pm.”
Watch them perform at KCLR. 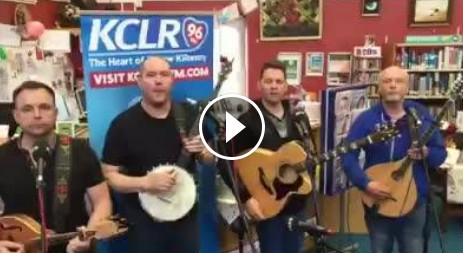 "On route to Tippfm where we will chat and sing a few songs with our buddy Fran Curry after 11am this morning.
Then it's back up to KFM Radio and and a chat with my old friend Paul Power after 2pm.”
Listen to both interviews. The first in the morning with Fran Curry at Tipp FM
CLICK HERE
Then later in the afternoon with Ciara Plunkett at KFM in Kildare.
CLICK HERE
“Live on air at 11.30am this morning with Alan Corcoran on South East Radio.”
Listen to the High Kings chatting with Alan Corcoran in the studio at South East Radio in Wexford.
CLICK HERE
“On route to C103FM Radio in Mallow where we will be live in studio at 11.30am.
This evening we are doing an in store performance at Golden Discs, Patrick St, Cork city at 5pm.”
The High Kings with Colum McGrath at C103. 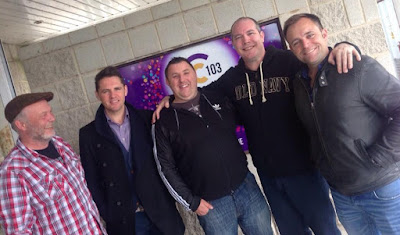 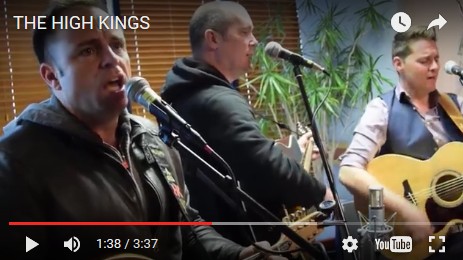 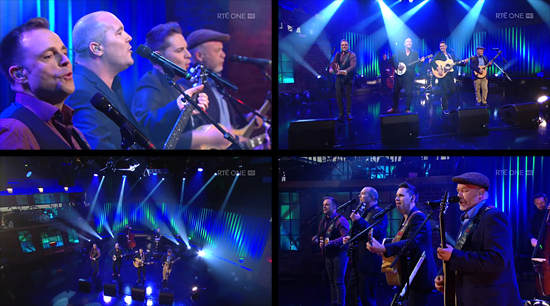 "Folksters be chillin' in Cork." 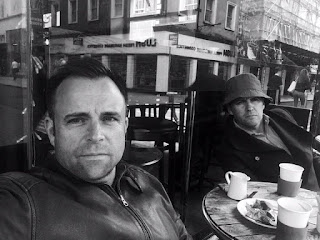 The High Kings were playing 'Live on Facebook' from Golden Discs in Cork. Watch it back on the High Kings Facebook Page! 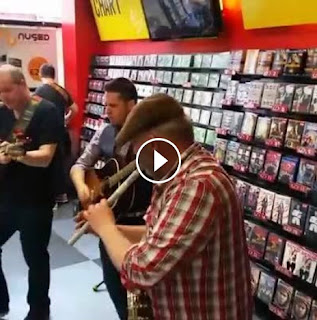 The High Kings have really spoilt everyone with their second Facebook Live broadcast of the day, this time outside OMG @ Zhivago in Galway. 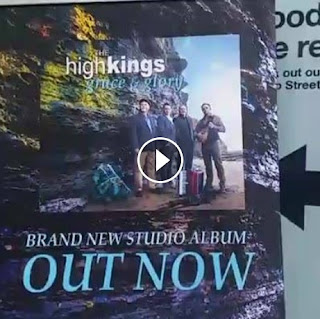 Grace & Glory Official Launch
The High Kings at the launch. 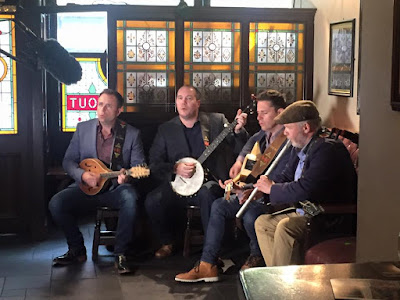 If you missed it, they were broadcasting on Facebook Live, live from the venue.
Catch it on the High Kings Facebook Page. 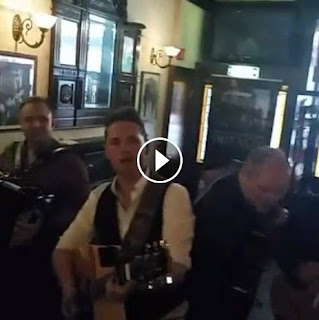 A couple of official photos from the launch. 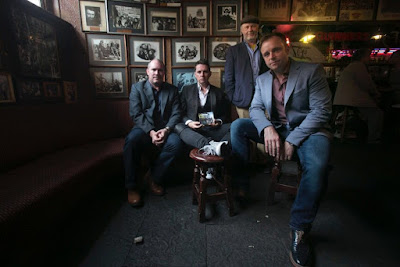 The High Kings with Finbar Furey 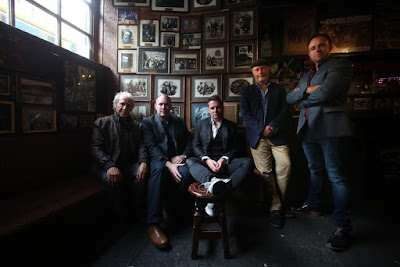 The Irish Album Debut Chart
“Holy Folk 'n' Roll!!
The High Kings new album 'Grace & Glory' debuted today in the IRMA Irish Top 40 Charts.
- #1 in the independent album charts
- #3 in the National album charts
- highest new entry in the album charts
- highest Irish artist in the album charts
Incredible. Thanks so much to our loyal fans around the world who bought this album. You've given it the royal seal of approval with style.
To our management and PR team Paddy, Kathryn, Dave, Janine, Shane,Chris, Graham all at Celtic Collections.....you guys are the best. We did it boys!
This feels great.”
Stop Press!

Read a review from the US Irish Echo
CLICK HERE
Irish Tour Round Up
"Thanks to a great sold out audience in Arklow last night. What a party!”
“Athy. Mayhem. Amazing night. Great audience.”
“Bundoran last night was by far the loudest, wildest biggest crowd in months. Massive thanks to all of you who came along and made such a big sound. Crazy times.
Always nice to see my bro, the great Mickey Joe Harte afterwards.”

“HK fans and friends in Co Cork, I will be chatting to Sean Donnellan at 7.40pm tonight on C103FM.”
Listen to Darren chatting to Sean Donnellan on C103FM earlier this evening.
CLICK HERE
“Mitchelstown last night was wild. Beyond wild in fact. Crazy in the best possible tense. Thank so much to a memorable audience for making that noise for us. One to remember.”
“Kilkenny....that was unreal!! To come home and play a sold out concert to one of the loudest and best audiences in a long time will never be taken for granted!
Fantastic atmosphere. Great to see such a big crowd from Mooncoin!
Nowhere like the auld stomping ground!”
“Super crowd last night at the Clonmel Park Hotel. Sold out and loud as folk!
The Holden and Clancy families joined the throng and every song was sung with more volume than the previous one.
Thanks for indulging my inpromptu version of 'Purple Rain' and for raising the roof at the chorus. A special moment.” ‪#‎prince
“Thanks Mullingar. Crazy. I'm now deaf.
Brilliant fun”
“Loughrea was wild as folk last night! Seriously, that was as loud as it gets in the west. Thanks to a massive and hugely enjoyable audience for making it such a great night.”
Photos copyright Carol Billett 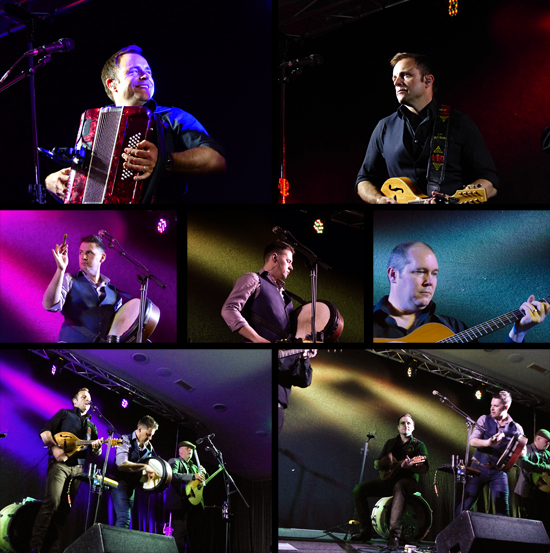 “Absolutely fantastic second last show of the "Four Friends Live" tour tonight in Maynooth. Sold out and rockin'. Crazy energy in the room. Thanks to another great audience!”
Now that the Grace & Glory album has been released, we can finally bring you a live video of Hand Me Down My Bible, with it's brand new 3rd verse written especially for them by Phil Coulter! Enjoy! 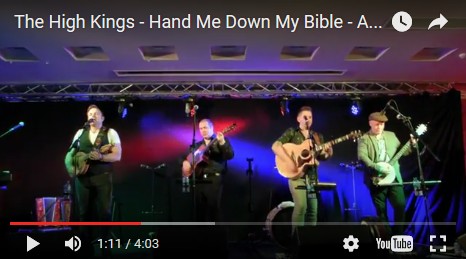 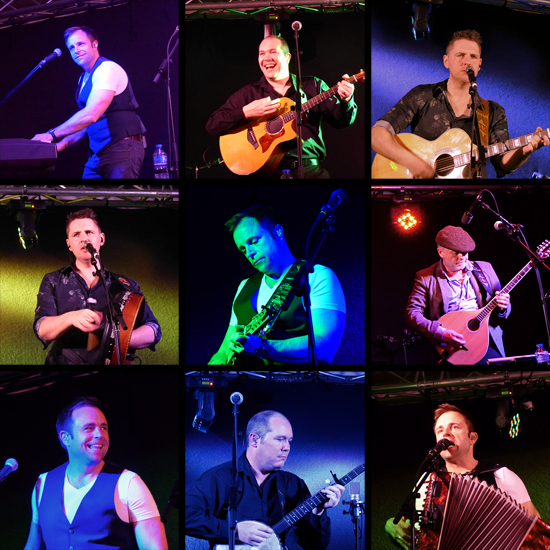 Tipp FM's 25th Birthday Concert
“Few pics from last nights Tippfm 25th Birthday award show at the Dome, Semple Stadium in Thurles.
The High Kings were very grateful to be recognised with awards for our contribution to the entertainment industry.
Great to see good friends Shay Searson and Marc Roberts.
Thanks to Trudi and Billy for extending the welcome to myself and the lads.” 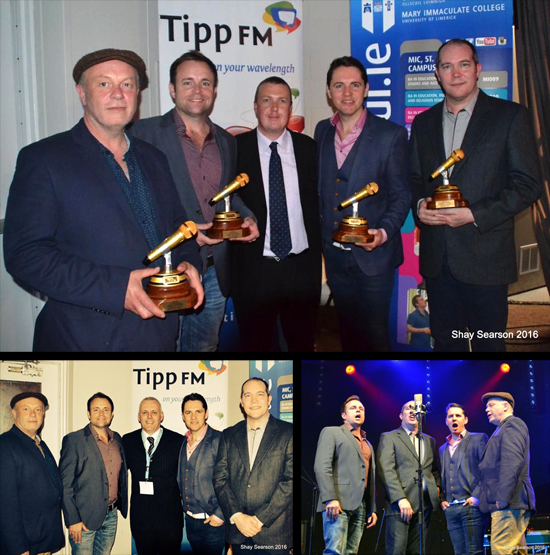 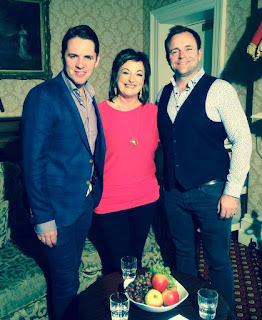 This show will be broadcast at 7pm Wednesday 1st June. 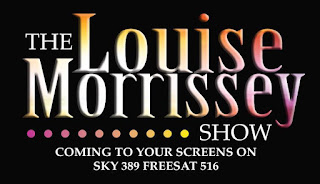 US Tour Dates Announced
Update from HK HQ – “We are delighted to announce our biggest ever US Tour to date, there will be more additions, and ticket info is on the website. Please share with all your friends who are fans of great live music!" ‪#‎backintheusa ‪#‎graceandglory ‪#‎theboysarebackintown 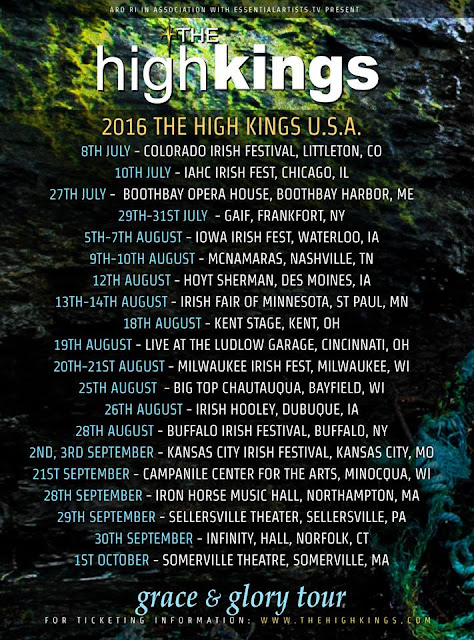 Isle of Wight Festival
“Proud to be part of the historic 'Isle of Wight' festival again this summer.
What a line up!” 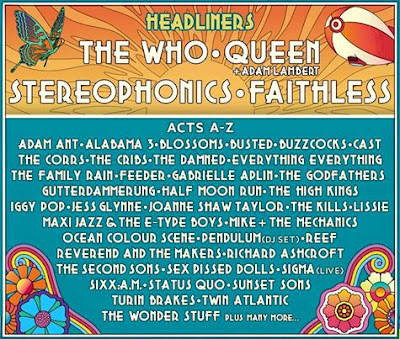 That's all for now folks! The High Kings are now have a couple of weeks off with their families. They will then be heading straight back on the road to the IOW Festival, a few summer dates in Ireland, Glastonbury, and an extensive tour of festivals and shows in America.

We will be back with another round up of news soon!

Darren and the DH Team
Posted by Darren Holden Official at 14:02