Country Showtime and US Tour Round Up

“Tune into SKY channel 389 this evening at 6pm to catch my interview with Brendan Farrell on "Country Showtime".
Big thanks to Steve Bloor.” 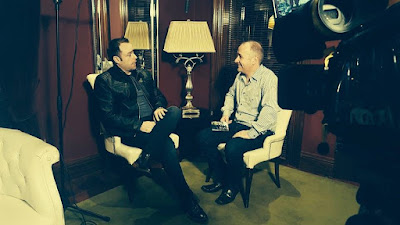 A few video stills of Darren being interviewed by Brendan Farrell. 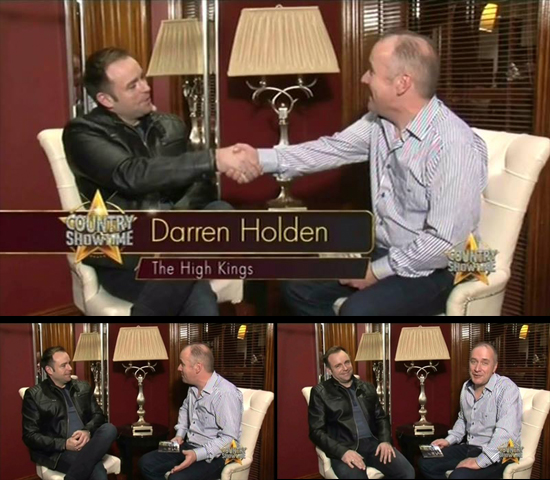 Watch the interview. Darren will be debuting as a guest presenter on some of the upcoming shows. 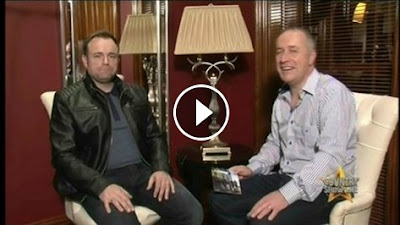 “Tune in to see my first job as a telly presenter tonight on SKY channel 389
and Freeview 87.
Big thanks to producer Steve Bloor, my guests Luan Parle and Davie Furey, and also to Paul Broderick at The Pembroke Hotel in Kilkenny.” 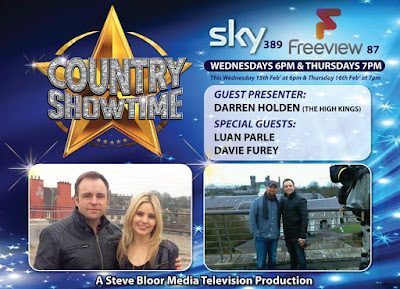 A few video stills from Darren's debut as a presenter. 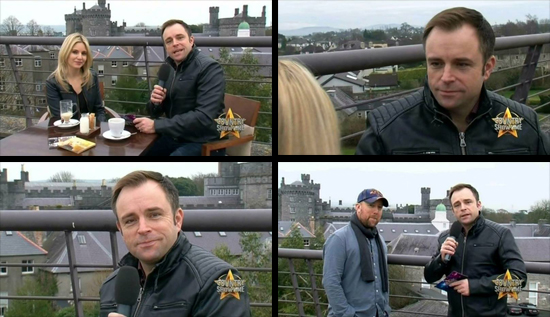 Watch the video as Darren interviews his guests Luan Parle and Davie Furey on the roof of the Pembroke Hotel in Kilkenny. 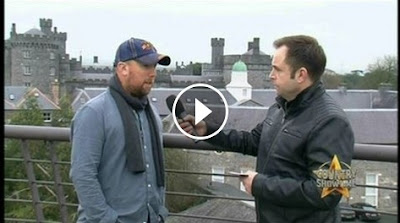 “On this weeks "Country Showtime" I get to interview a guy who's not only one of Ireland's greatest ever singer-songwriters, but also a very good friend.
Brian Kennedy and I worked together on "Riverdance on Broadway" and we will chat about that and so much more, so tune in to SKY Channel 389, Tonight at 6pm.
Massive thanks to "Gregorys Clothes for Men" Patrick St Waterford, for providing me with fantastic clobber.”

Watch the video. Darren will be presenting more Country Showtime shows in the coming weeks. 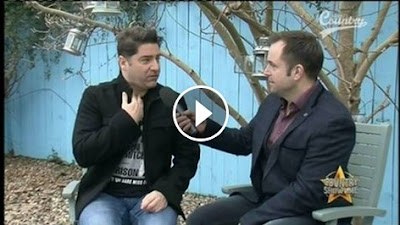 The latest news from Darren's endorsement with Emerald Guitars. 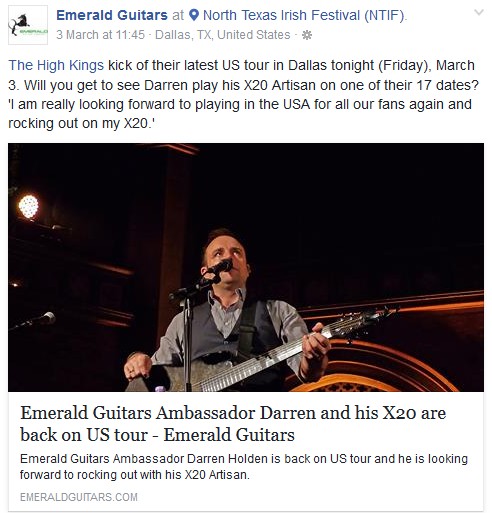 “Hello Texas! Very nice to be back in Dallas for the weekend.” HKUSA17 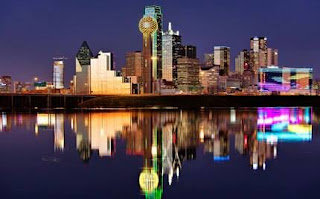 “When you realise you're right next to Cliff Barnes old offices, you know you're in Dallas.” 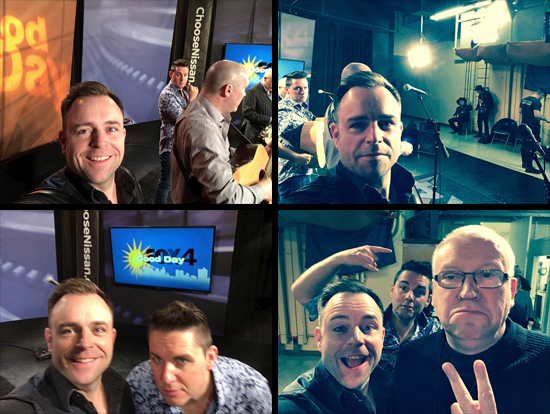 “Check out our performance this morning at FOX4 NEWS DALLAS.” #HKUSA17


Darren and the lads at Fox News in Dallas, it was an early start on their first morning back in the US! 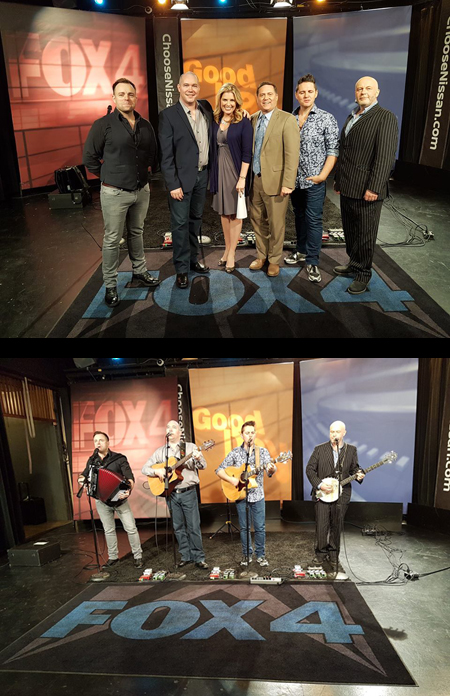 “Everything is bigger in Texas! Dallas crowds are incredible. Thank you!”

"Ya'll know if someone breaks a string and we need a minute, its only right for me to sing "Amarillo by Morning" right? I mean, we are in Texas. Thanks for singing along. That was cool." 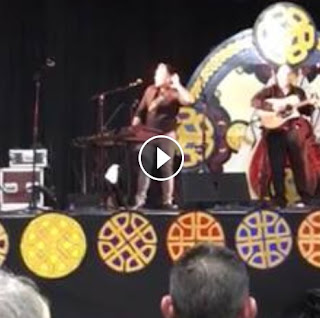 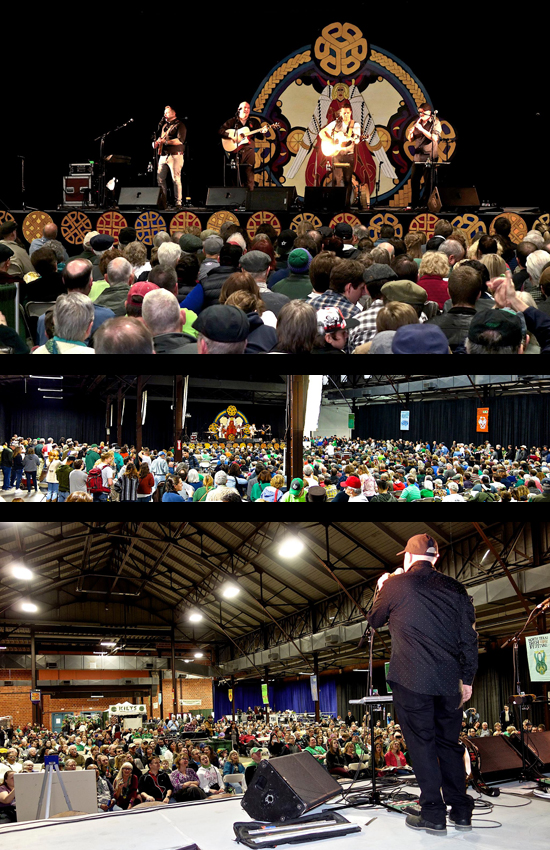 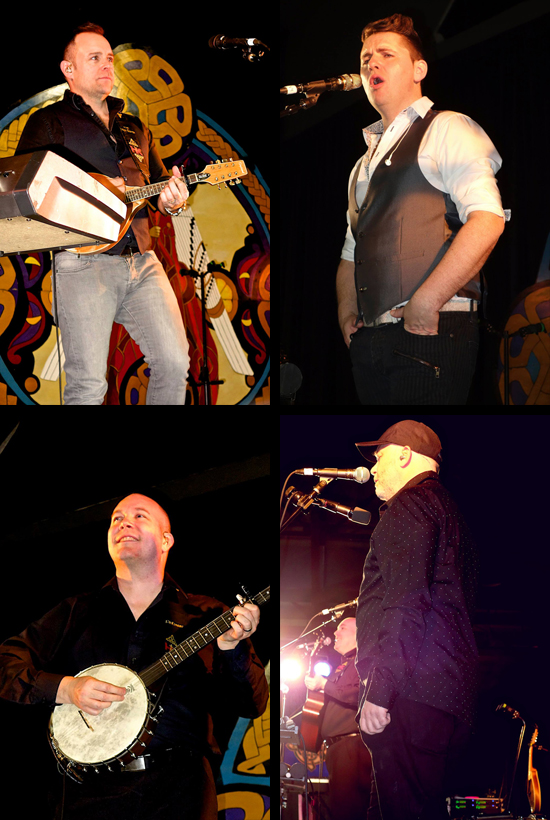 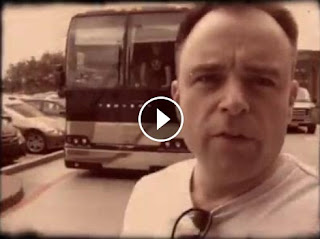 “When you're rolling from Texas to Missouri and Smokey and the Bandit
comes on the TV.” #hkusa17 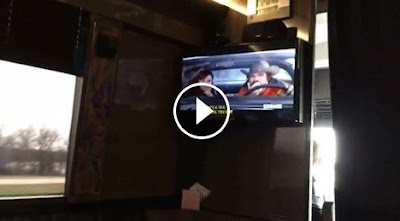 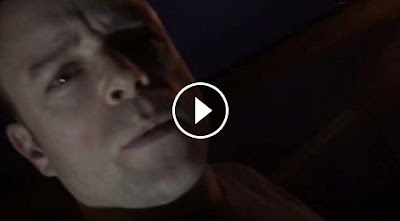 Watch the High Kings performing Hand Me Down My Bible live in the studio
at KC 90.9 Bridge 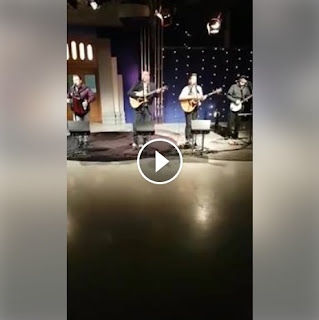 “Thanks to KCTP Kansas city for having us on today! Good fun. Great interview.”

Listen to the whole interview including performances of Hand Me Down My Bible, Nancy Spain, and Ride On.

Darren performing Town I Loved So Well to a standing ovation in Drexel Hall Kansas. 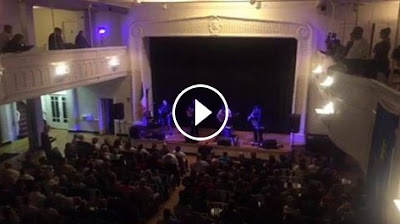 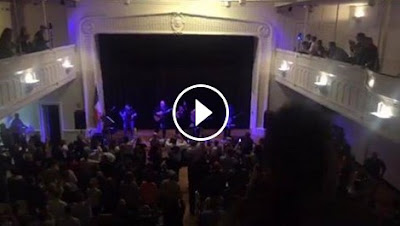 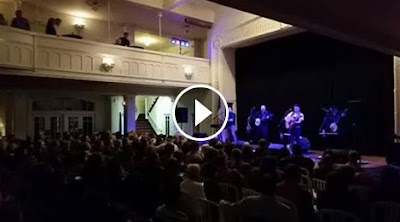 “Kansas City, I'm pretty sure tonight’s crowd shook the actual foundations of Drexel Hall. That was pure 100% unbelievable. What a crowd. Perfect. Thanks a million to you all for a massive show.”

See the official pics of the meet and greet and performance on the KC Irish Center's official page.  CLICK HERE

“Thanks to a fantastic sold out Glen Ellyn Illinois crowd tonight. We had a ball. Great fun.
Onwards to the Empire State.” 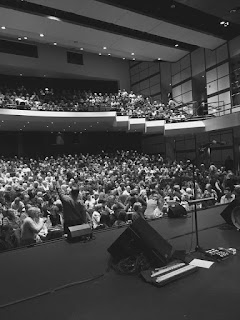 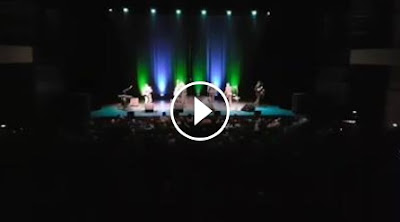 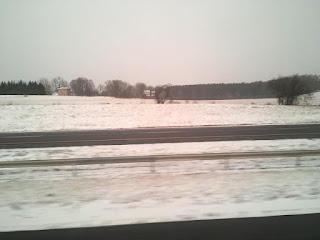 "Just some of the amazing gifts received from audience members tonight in Syracuse NY." 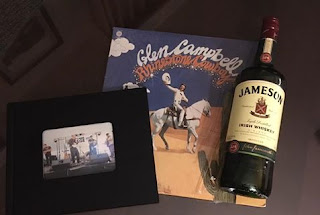 Some nice official photos and a review from the High Kings show in Syracuse.


"City Winery NYC. What can I say. The loudest sold out crowd we have ever had in the Big Apple. Incredible.
A night we will never forget.
Then Dunphy and I go uptown for a beer, walk into a bar and The High Kings are on the jukebox.
Yup, one of those nights!" 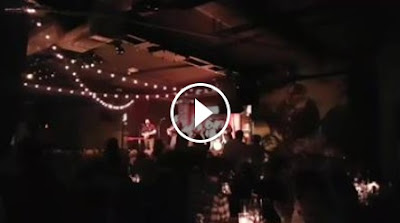 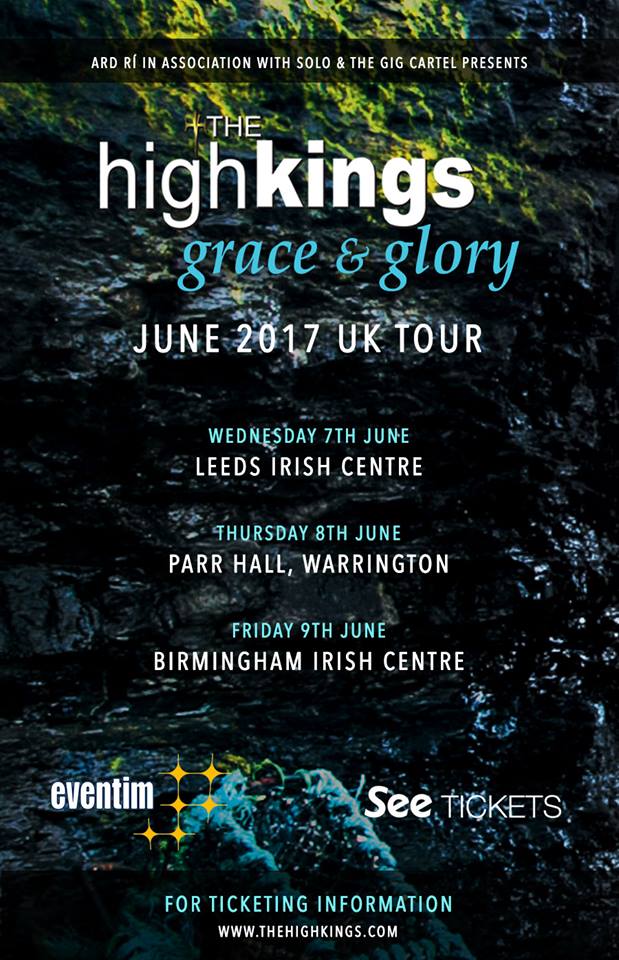 Posted by Darren Holden Official at 14:52