From a Recording Booth in Nashville


Two Kings recording a tribute to Elvis in a little recording booth in Nashville. 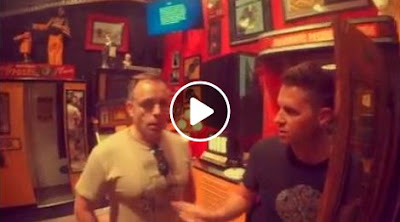 The Breath You Took Away


The Breath You Took Away, written by Darren and Bryan Steele, from his 2006 solo album 'Roadworks'. The album is available now to purchase, on CD or for download, from CD Baby. 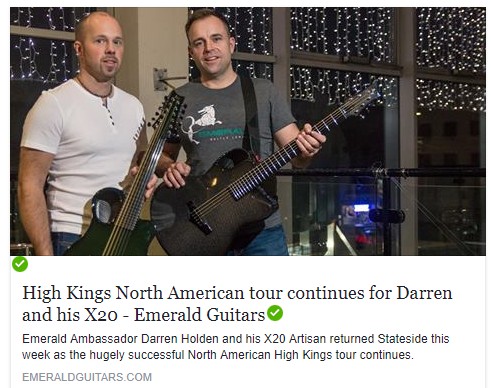 Darren sings River of Dreams and Keeping The Faith on the opening night of the Billy Joel musical Movin' Out at the Pantages Theater LA September 17 2004.

It was 8 years ago that Darren set off to Peru for a 4 day/3 night trek to Macha Picchu to raise money for Irish Autism Action. It was a party of 30 including his Boyzone pals Keith Duffy and Mickey Graham 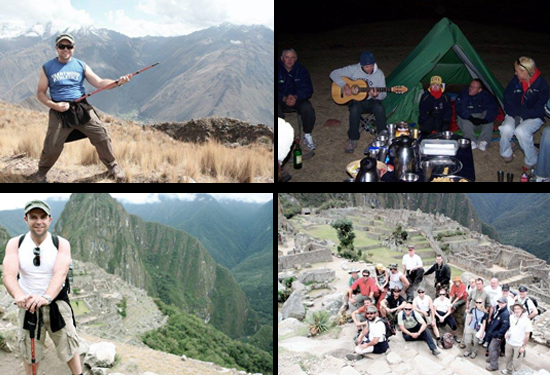 Official Statement From The High Kings 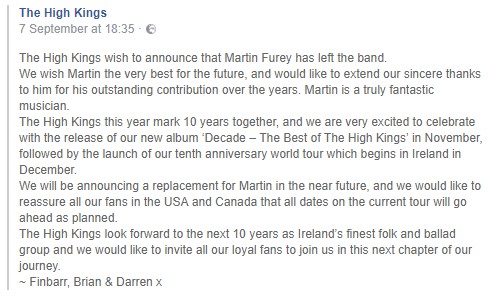 On 14 September 2015, TV3 broadcast a documentary marking the 20th Anniversary of Ireland's Call, including the High Kings recording a new version for the Irish World Cup Anthem. This is the High Kings documentary highlights of the recording process in studio with Phil Coulter, Darren & Phil at Today FM for the first radio play, and finally the performance at the Aviva stadium. 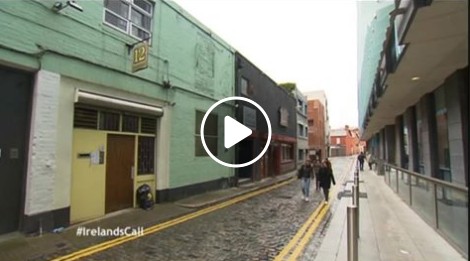 Round Up From the US Tour

A late treat from Minneapolis, a bit of Purple Rain! 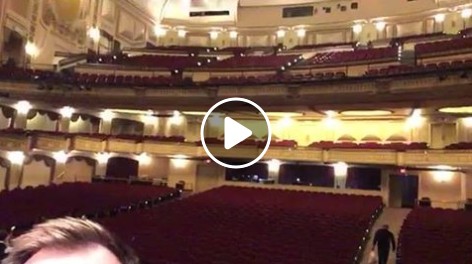 “Omaha! That was outstanding tonight. You guys were way too great to us.
Loved being back on the Orpheum stage in a completely different way from last time. What a stunningly beautiful theatre. One of America's finest. We are buzzing after that reaction to the show.
Thanks for being there for us!
See you next time.”

“Kansas City. 10 years of this band and I've never heard a crowd so loud. That was absolutely out of this world. There's just no way to thank you guys enough.


Hands down, one of 'The' shows I'll always remember. My ears will be ringing for weeks. Thanks for being there for us.


And....we get to do it all over again tomorrow night!”

Kelly the Boy From Killane from Kansas City!

The Town I Loved So Well Live from Kansas City.

The Leaving of Liverpool from Saturday's show in Kansas City!

The Town I Loved So Well from Saturday night in .

Great reaction from the crowd as the High Kings perform Hand Me Down My Bible from the Sunday show. 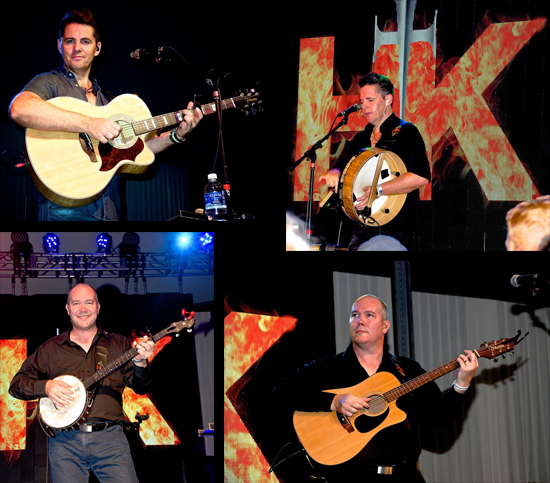 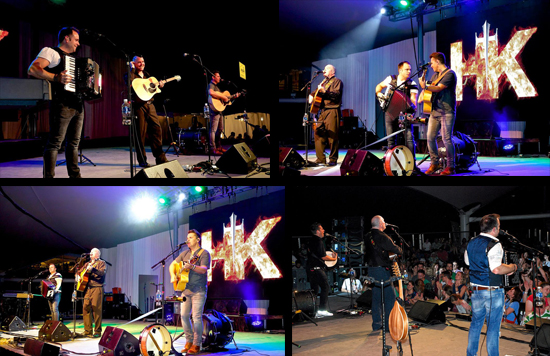 “My collection of wines from The City Winery chain in the USA.
Saving for a celebration some day.” 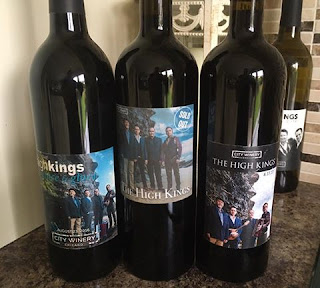 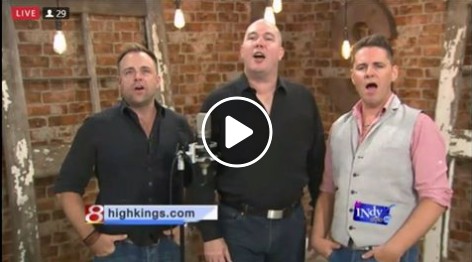 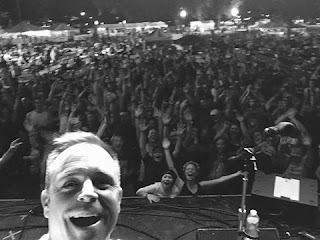 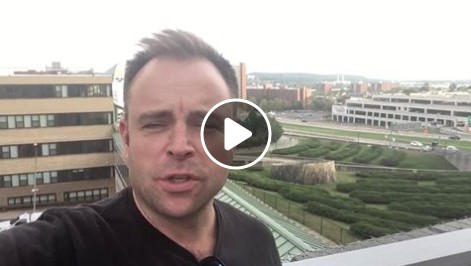 The High Kings perform Black Velvet Band and Leave Her Johnny live from the sold out Egg in Albany! 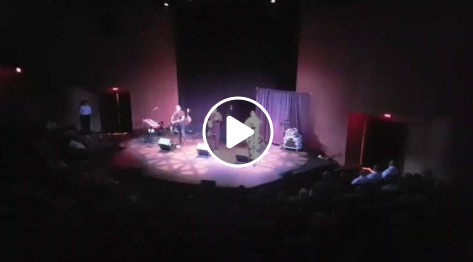 “Beacon NY. What can I say after that? That show has pretty much everything. Sold out. Amazing audience. A totally spontaneous and fun set list....New York State of Mind was a necessity right?👌The boys that came up to the stage to sing "Leaving of Liverpool"...that was superb.
You guys were totally brilliant tonight and the 3 of us are so grateful once again that you all had such a great time. Thank you all so much.
Onwards to Pennsylvania.” 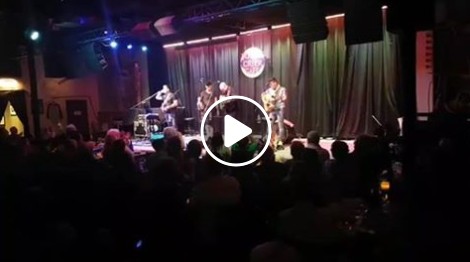 "Sellersville Theatre Pennsylvania, I honestly don't think we have ever had as much fun onstage as we did tonight. 2 sold out shows back to back to fantastic audiences and way too many highlights and laughs.


However, tonight's Elvis bit took on a life of its own from Brian's coaxing and "The Leaving of Liverpool" will never be the same.


Please tell us somebody got that on video?
Huge thanks to you all for a very special night in your fine town.
Now for one night....Well we're living here in Allentown." #billy

Thanks to Zach Headley for recording it and allowing us to share it with you. 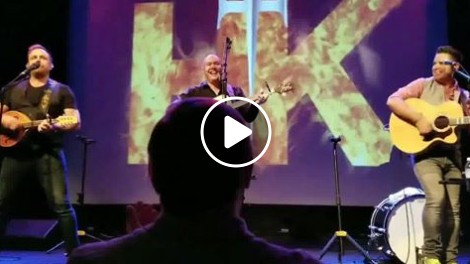 A little bit of "Massachusetts" and Black Velvet Band from last night at the Iron Horse Music Hall in Northampton. 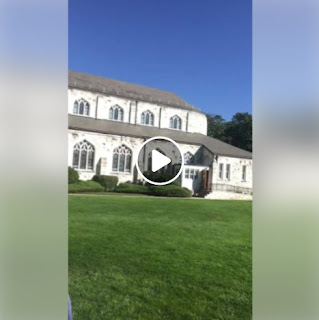 The High Kings in perfect harmony singing Red is the Rose in Southampton. 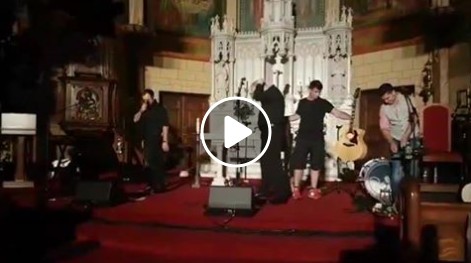 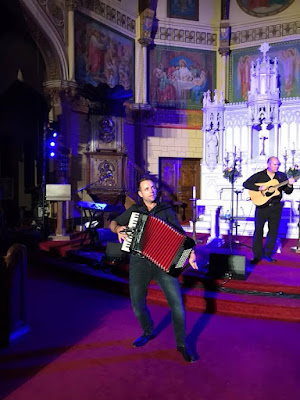 “Thanks to a wonderful sold out audience at Infinity Hall, Norfolk CT tonight. That was such fun! Comedy Central. What a huge noise you all made! Always a pleasure to sing for you.


Onwards to the final USA tour date this year. Another sold out show at the legendary Somerville Theatre in Boston. Our third year playing this fantastic venue. We plan on making this one the loudest yet, and that's saying something!


Thanks once again from the 3 of us for all your incredible support this summer.”

“Load in to the legendary Somerville Theatre in Boston for tonight's final High Kings concert in the USA this year.” 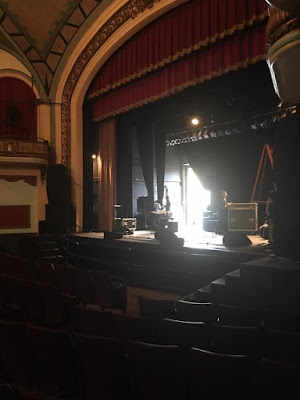 “The greatest night of the year for THK. That level of noise is unprecedented for us to walk out to in Boston. As long as I live I will never be able to thank you all for that reaction to "Town I loved so well". A very special moment. I will tell my kids about that. We are so blown away and grateful for the incredible comments about the sound the 3 of us make. It really means so much. To hear you all sing at the top of your lungs for 2 hours....unreal.
Finally, thanks so much to 2 of Bostons finest, Officers Paul and Bob for playing the bagpipes on The Parting Glass. A very poignant moment.
Thanks USA.”

Town I Loved So Well in Boston. Thanks to Janette Langill for recording it and making it public so we can share it with you. 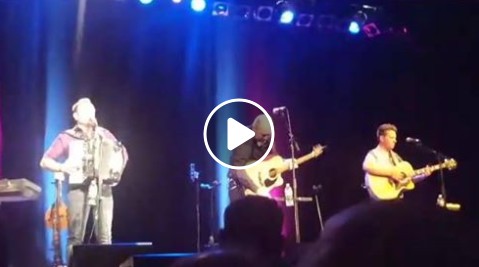 Hand Me Down My Bible, also thanks to Janette Langill. 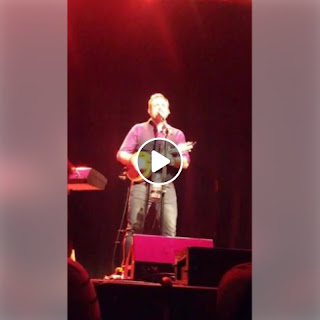 The End of a Perfect Summer!

A ‘Perfect Summer’ Stateside with the High Kings.
Video by Brian Dunphy, music by Pugwash. 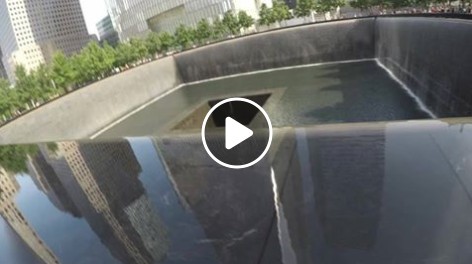 After a brief return to Ireland, it's next stop Canada!

To keep up to date with dates as they are added www.thehighkings.com

Posted by Darren Holden Official at 13:05