Release of 'Lady', Tributes, and US Tour Round Up

“My former record label "Crashed Records" have re-released "Lady" which I wrote as a tribute to Princess Diana after her passing. It's the 20th Anniversary of the song and it's available worldwide across all platforms from today to stream or download on the following link. Please share!” 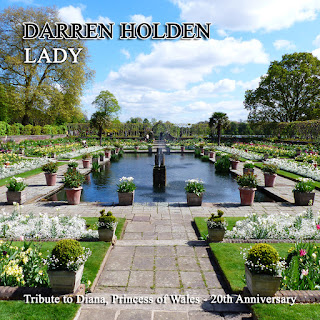 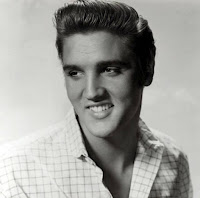 “August 17th 1977. My Mam woke us all up and said "You'll never guess who has died". I said "Elvis?"
To this day I have no idea how I'd know that at such a young age, but it was apparent that the outrageous talent of the man had already captured me. Summer up to that point had included his Greatest hits being played on our cassette machine every day without fail.
It was like we'd had a death in the family, such was the sadness that followed. I remember my aunt coming home from work that evening with an Elvis record and while it was playing I hid under the kitchen table as I couldn't understand why everyone was so upset. I think it was on that awful day that I realised it was about so much more than just the music.
It was youth, freedom, expression, individuality, hope, belief, life.
I've been to Graceland 7 times and each time I learn something new about the man known as the King.
How he overcame the extreme poverty he was born into to become the worlds biggest entertainer.
Yes he had it all, but he also allowed others to manipulate him and take his talent and generosity for granted and by the mid 70's Colonel Parker had all but destroyed his career. As managers who don't care about the artist sometimes do.
He achieved so much in his 42 years, but there could've been so much more, had he taken complete control.
He left us with a lifetime of great songs, albums, and movies. Well...maybe not all of the movies were decent but I love them anyway. 😊
He is responsible for the sale of more than 1 Billion records!
I've listened to countless genres of music over the years, performed various styles, but it always comes back to where it all started for me.
My Number 1. The King. Forever.
I can't believe it's been 40 years since he passed, but today, August 16th 2017, he is celebrated even more than when he was alive, and that in itself says it all.
Thank you Elvis. Thank you very much.”

Darren performs Can't Help Falling in Love as a special 40th Anniversary tribute to Elvis Presley, with Finbarr on guitar. 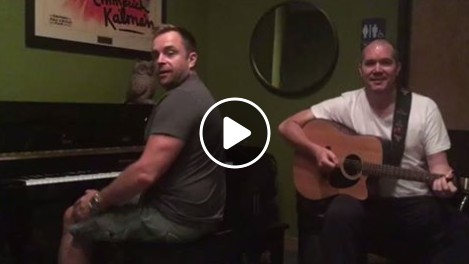 “Rhinestone Cowboy, full song tribute. According to my Mam, this was the very first song I ever knew all the way through. She always reminds me that if somebody came to our house they'd be terrorised into hearing my 3 year old screechy voice version of it before they'd leave.
So, this is for Glen....and Maggie.” 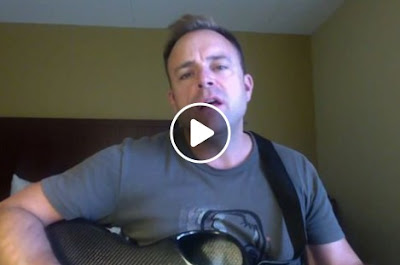 Darren's Q&A recorded live from his hotel room in Dubuque. 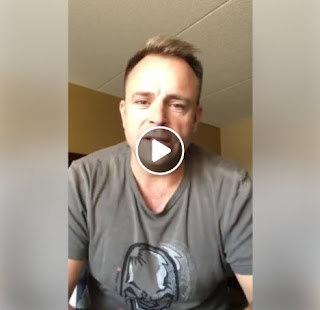 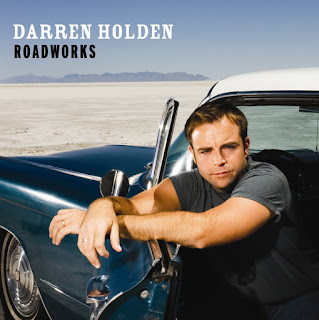 “Hey everyone. For a limited time, CDs of my last solo album "Roadworks" are now available to purchase again at CD Baby. Download version also available.
You can go directly to the store by clicking on the link below.”

“Texas. You’re in our thoughts and prayers.” 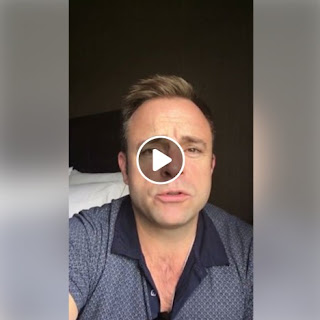 US Tour Round Up “Waterloo Iowa! You guys are too much. What a crowd . Loved it. One of those nights for sure. Thanks for giving us one to remember and singing your hearts out with us.”
Massive thanks to a huge open air crowd who came to see us in Waterloo Iowa last night. An incredible welcome. Roll on tonight. And yes "Oh Maggie" is in the set for tonight, but you guys gotta sing it loud!"

“When you randomly walk past a shop in Iowa and hear "The Leaving of Liverpool" playing inside.” 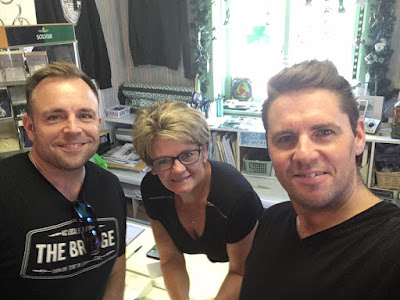 Another High Kings Live performance from the second day at the Iowa Irish Fest. Darren sings Kelly the Boy from Killane.

“Chicago. Sometimes there aren't enough words to thank you enough for being there for HK since day 1.
Another sold out show, but tonight.....'the' loudest audience we have had in an awful long time. Maybe ever in this great city.
Another level. All I can say is...Thanks.” 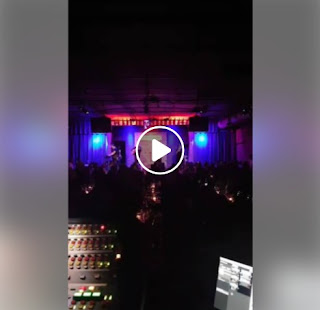 “Thank you La Crosse, Wisconsin. You guys were incredible.
On the road again....” 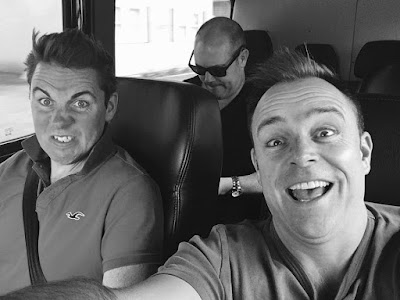 "Only time we rocked today." 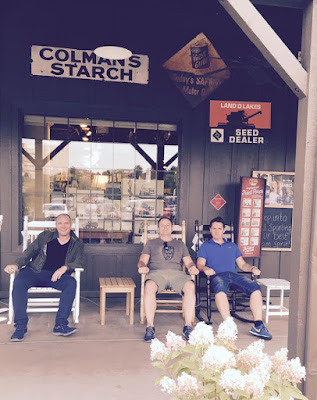 "Atlanta City Winery, you made a special day very special indeed. We couldn't have hoped for a better welcome back to Georgia and a louder audience!! Wow. 😳
You guys were so great. Thanks for singing your lungs out with us and indulging me with the obligatory Elvis classic for the day what was in it.
Also, very special thanks to Cian, Jack and Ellie Porter for thrilling the crowd with there sensational Irish dancing.
All 3 are the children of our dear friends Lisa and Scott Porter who is also their dance teacher at the Kelly Porter Dance academy.
Great job tonight guys!
Onwards to Nashville Tennessee tomorrow for another City Winery show." 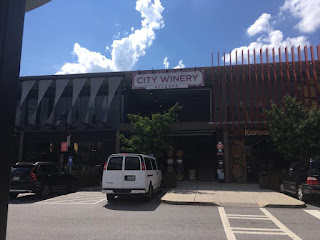 “Well howdy Nashville! As always, a pleasure to play here tonight at City Winery. Took a stroll down Broadway and cut a record with Brian at Third Man Records in a 1940's vocal booth at Jack Whites place which was a trip” 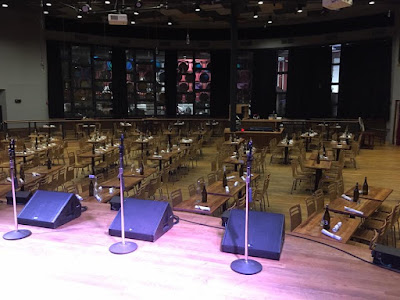 “Nashville, you guys were unbelievable last night. What a fantastic audience and City Winery is beautiful.
We had the pleasure of being joined on stage by "Brooks and Dunn" steel guitarist, the amazing Gary Morse and also by Jeff Beck vocalist Jimmy Hall on harmonica for a few songs including "That's alright Mama".

In tribute to the 40th Anniversary of Elvis passing, Darren performed That's Alright Mama. Elvis would sure liked to have got his hands on that Emerald Guitar! They were joined on stage by steel player Gary Morse and harmonica player Jimmy Hall. Special thanks to Lyndy Nothstine for sharing this great quality recording. 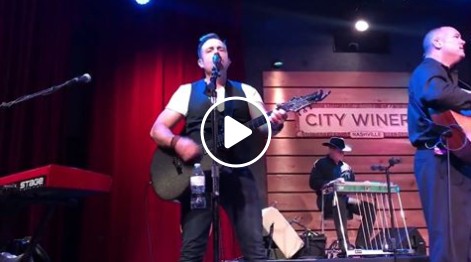 Darren and the lads performing Town I Loved So Well at Nashville City Winery! 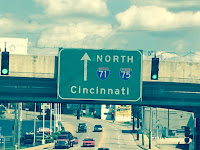 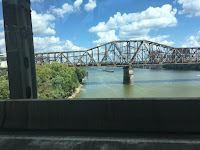 Short clip of the High Kings performing Purple Rain at the Cedar Cultural Center in Minneapolis.

“Always nice to be in Chicago. On route to Milwaukee for the big one! Irish Fest!”

“15,000 lovely people in Milwaukee last night to see us. The best Saturday night we've ever had at this amazing festival and you blew our minds from start to finish.
PS: I might have had a little something in my eye when all 15K of you chorused "Oh Maggie" back at us.
Definitely one of those magical moments.” 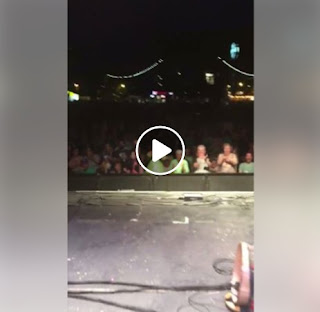 The High Kings performing to a huge crowd in Milwaukee! 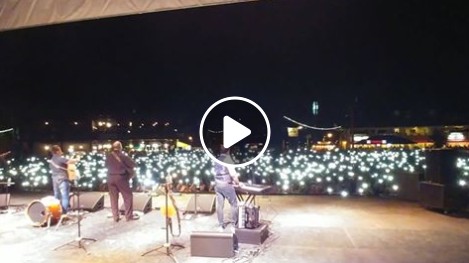 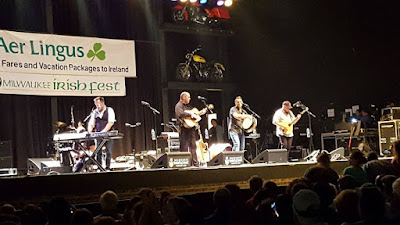 “Looking forward to another show at 3.30pm today at Milwaukee Irish Fest. Then....Brian, Finbarr and myself will join We Banjo 3, Skerryvore, Hermitage Green and many more great artists on the Leinie's Stage at 7pm for a tribute to "The Beatles- Celtic Style" .
Should be a great night!”

“Thanks to Jim Keefe for this incredible illustration in advance of this Tuesdays concert at The Cedar in Minneapolis." #hkusa17 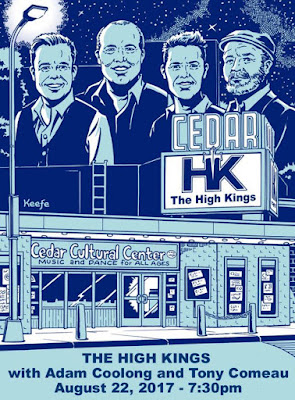 “Minneapolis....Thank you so much. One of the greatest crowds and reactions we have ever had. Loved it. You guys are incredible to us every time we play The Cedar. Was that fun or what! 👍
To the ladies who brought us gift cards for Starbucks and baked delicious cookies etc, your generosity is amazing. We are very grateful.”

“Buffalo, New York! Wow. The biggest, loudest and most loyal audience in the world prize goes to...YOU! That was sensational tonight in your lovely city. You guys are incredible, and to play under a blood red sky was very special.
Thanks so much to you all for showing up in such huge numbers to see us.
Onwards to my old home New York City tomorrow when we play City Winery in Manhattan.” 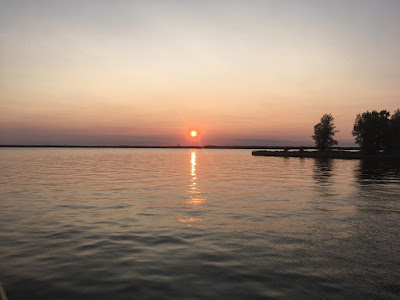 Darren and the lads performing Oh Maggie in Buffalo. Thanks to Rachael Brown for recording it and setting it public so we can share it with you. 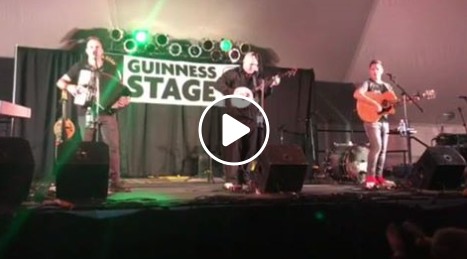 “There are nights that words are inadequate. Last night in New York City...my mind was blown. Outside of shows with "Riverdance and "Movin' Out" on Broadway, this was by far the greatest and loudest crowd we have played to in the Big Apple. We are literally exhilarated by your reaction and response. Massive thanks folks. And again on this tour, to hear "Oh Maggie" roared with such volume...unbelievable. If ever a song has burned slow and gathered pace....” 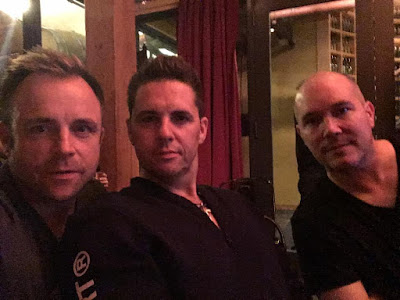 Posted by Darren Holden Official at 15:03