Six O'Clock Show, Miriam, and Irish Tour Round Up

Six O’clock Show: “We've got two extra kings joining Martin & Muireann on the show this evening, bow down to Darren & Brian of The High Kings!” 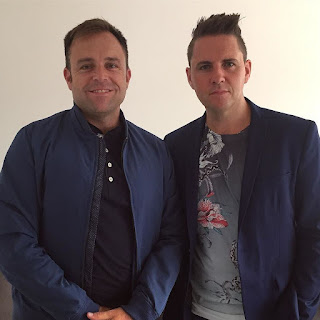 Watch Darren and Brian chatting on the sofa of TV 3's Six O'Clock Show. This is edited highlights of the show broadcast 5th July 2017 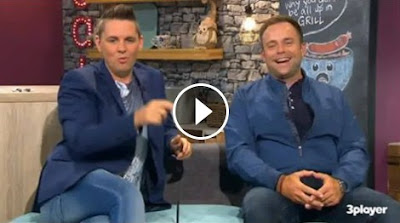 A few video stills from Darren and Brian's appearance on the couch at TV 3's Six O'Clock Show. They certainly had a lot of fun and plenty of smiles! 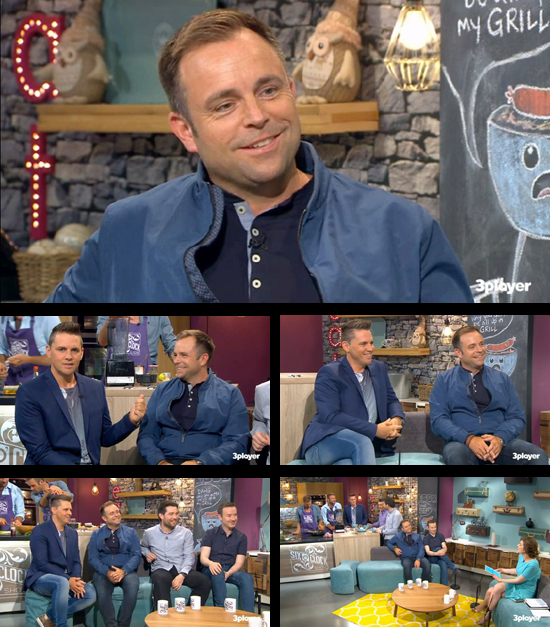 #tbh “Photo shoot for an article I did with The "Omaha World Herald" newspaper. Omaha, Nebraska 2006.” #movinout #broadway 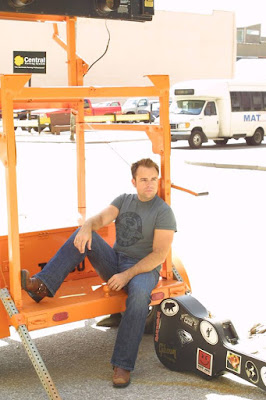 Watch Darren on the couch at TV3's Ireland AM back in 2004, returning to Ireland during a break from the Movin' Out US tour. He was chatting with Alan Hughes about his early career and how he came to audition for Movin' Out. Broadcast 20 May 2004. 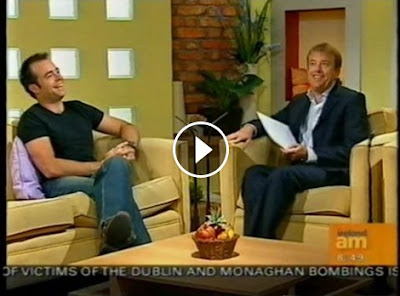 “The High Kings are on route back to Dublin and looking forward to performing on "Saturday Night with Miriam" tonight on RTE 1 at 9.15pm.
Should be fun! I'll be playing my Emerald Acoustic guitar too."
#highkings #emeraldambassador #watchthewholeshow

“Soundcheck for da telly.
We open the show but stay tuned for a surprise later on.” #rte1 #miriam #highkings 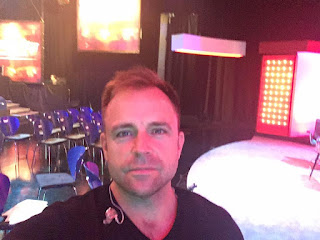 “Having a great time chatting to the legend that is Jimmy Osmond backstage.” 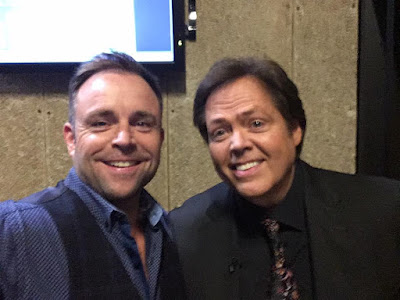 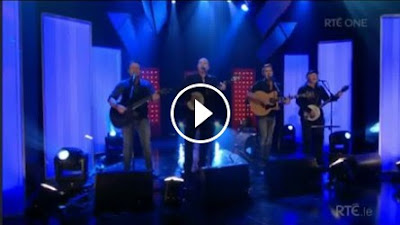 A few video stills from the High Kings during the show opening credits and their performance of Black Velvet Band. 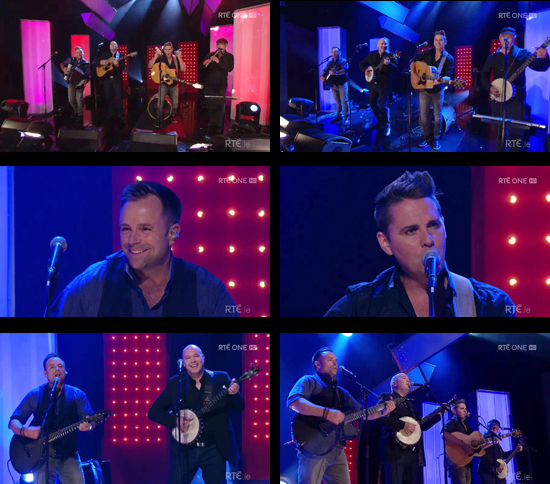 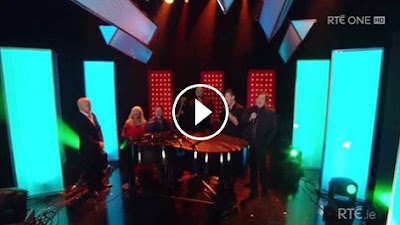 Video stills from the High Kings performance of Danny Boy with Jimmy Osmond. 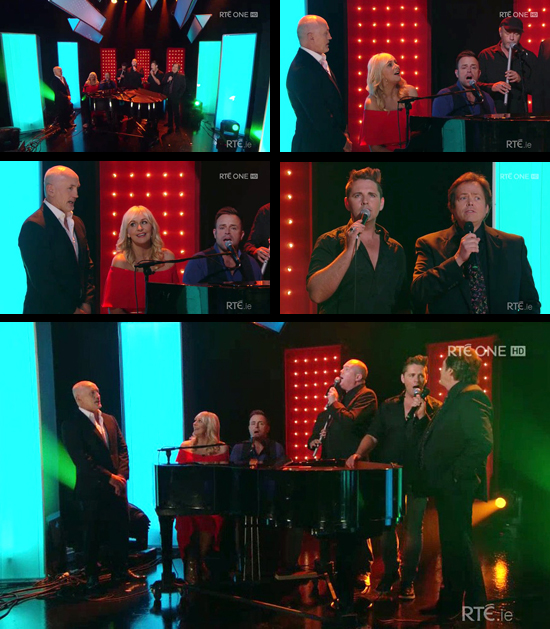 “We've done a lot of telly in 10 years together, but we've never had a reaction like this before. Some moments are special I guess, you just don't realise it 'til you're in the midst of it. Danny Boy was that kind of moment last night with Jimmy and Barry.
I can't answer all the messages individually, so I'll just say a collective Thank you to you all! We really appreciate it!”
#highkings #rte #clonescyclone #jimmyosmond 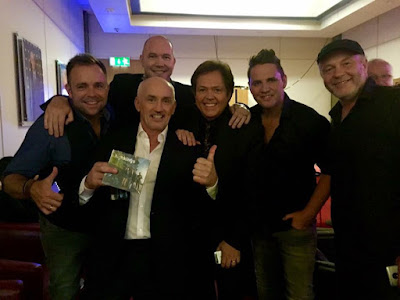 “Back to work with The High Kings tonight at The Park Hotel Dungarvan.
Completely sold out.” 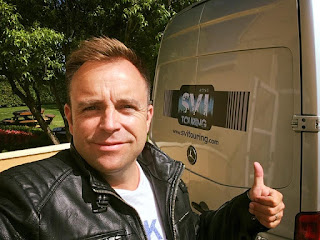 “Dungarvan. Sold out. What an incredible night. Best crowd ever!
Way too much fun. Great to have all the gang from Mooncoin in.”

“On the road to Tory Island where tonight THK will perform a very special concert. Followed by a Ceili Mor in our honour!
This doesn't happen everyday. We are loving the drive through some amazing Irish countryside.”

“Awaiting the ferry to Tory Island.” 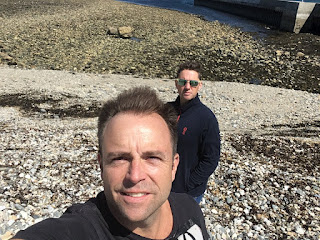 Message From Darren on the boat to Tory Island! 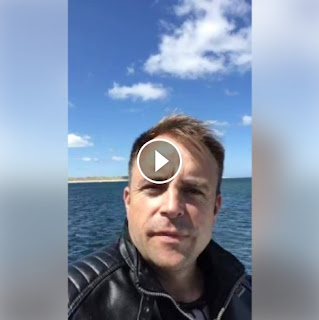 “Arrived on Tory Island. What an incredibly beautiful place.” 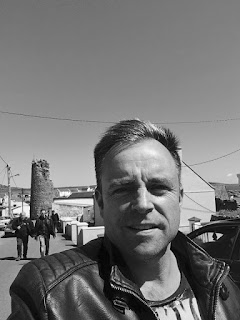 Leaving of Liverpool live from Tory! 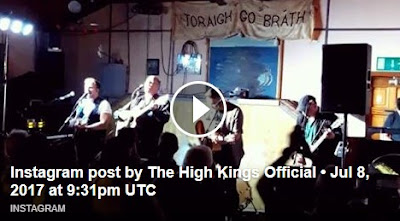 The High Kings: “Darren singing 'The Town I Loved So Well' - you could hear a pin drop.” 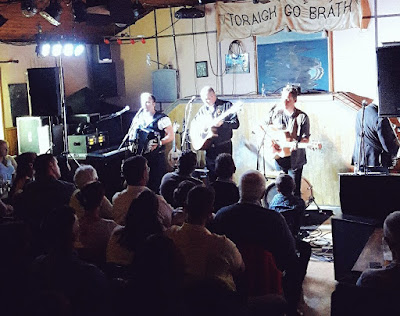 “We've been all over the world with The High Kings, but we've never received the welcome or been treated better that we have been today here in Tory Island. Superb memories created and friendships formed. What a brilliant crowd and community. Loved it.
I better go because An Ceili Mor is in full swing!” 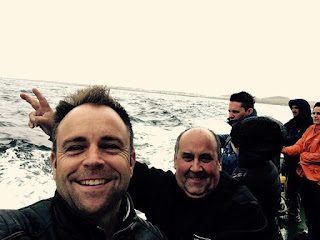 “Wow INEC Killarney. In 9 years of playing here, that just might've been the ultimate show! What an audience. Massive. Loud and Proud. Can't thank you enough for joining us on a magical hot July night in the Kingdom.
Loved it!” #hk17 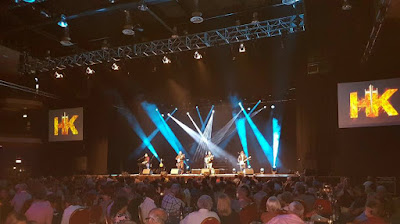 Thanks to Siobhan for sharing her photos from last weekend's memorable show at the INEC in Killarney. Photos copyright Siobhan English. 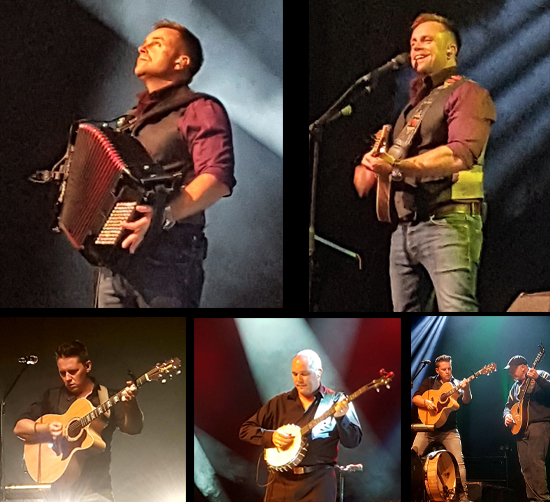 “Nice way to start a Saturday
Big thanks to last nights crowd at Eyeries Festival in West Cork. We won't forget you guys in a hurry!” 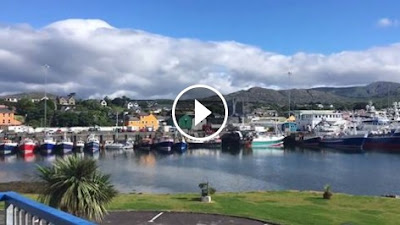 “Navan, that was crazy. Thanks a million for giving us such a brilliant night.
You guys were LOUD
So many HK fans made the trip from abroad for this weeks shows, from Scotland, The Netherlands, Belgium, Germany, USA, Brazil, The Lebanon...Thank you” 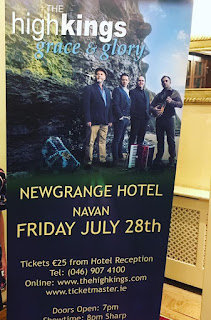 “You know it's gonna be a great night when the venue is already jammed and a 2 coaches full of people just rolled up!
#gorey #highkings #lasthomeshowtildecember”

“Ashdown Park Hotel. Off the scale. That was a class audience. I thought Friday night was loud but you guys blew it out of the water. Thanks a million to you all. Great way to wrap up the last Irish dates”

Back in July 2010 the High Kings were performing to a crowd of 4000 on the Hotpress 2FM stage at Oxegen. Watch their Oxegen performance of Rocky Road to Dublin! 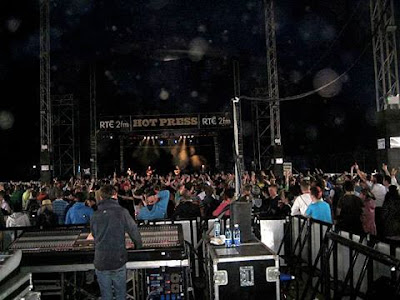 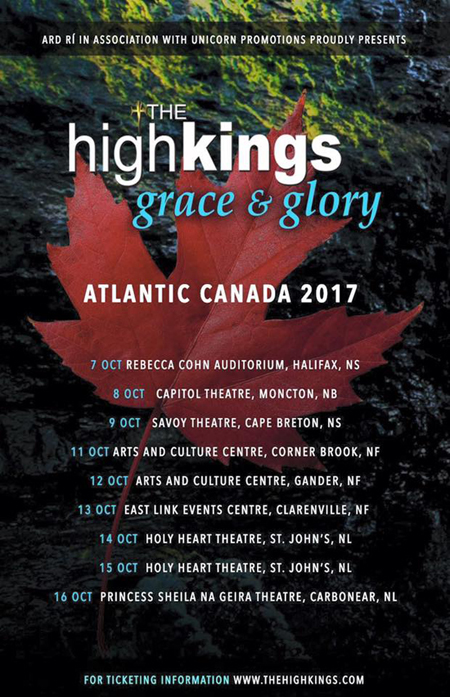 
There are 3 dates announced on the High Kings website for Belgium and Netherlands in November.

Please see www.thehighkings.com for full tour schedule with ticket links.
New dates will be announced there and on the High Kings Facebook page first.

The High Kings have now wrapped up there last dates in Ireland and are preparing to head to America and Canada for the rest of the summer and fall.

We'll be back with a round up of the news from across the Atlantic in the coming weeks!

Posted by Darren Holden Official at 20:55