HK Heading For The UK!!! 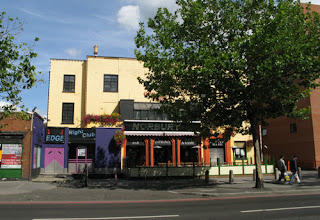 The High Kings unfortunately had to cancel their scheduled Malvern Show due to an unforseen change in the Young Voices Tour schedule in Birmingham.

But UK fans needn't be disappointed, they are now thrilled to announce that they will be performing their show at The Norbury in South West London on 3rd December. Advanced tickets can be purchased from the venue at £15 and will also be available on the door for £17.  ticketsales@thenorbury.com Tel. +44 (020) 8679 0632

Darren and the lads are really excited to be joining the Young Voices UK tour, between their Irish Christmas Tour dates and in to the early part of 2012.

Young Voices is the world's largest organiser of school choirs and the High Kings will be performing with between 5000 and 8000 children in some of the UK's biggest arenas in Birmingham, Sheffield, Manchester and London.
Also performing will be 10 year old Connie Talbot who many will remember from the 2007 series of Britain's Got Talent when she blew Simon Cowell and everyone away singing Somewhere Over The Rainbow, then aged 6. Her YouTube videos have collectively had over 360 million views worldwide. 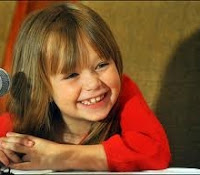 Please note the the Young Voices concerts ARE NOT High Kings events and they will only be singing a few songs, and a Queen Finale, at each show.

This is predominantly a schools event with most tickets being sold to parents and families through schools. A limited amount of tickets have been made available to the venues to sell in response to enquiries from the public. 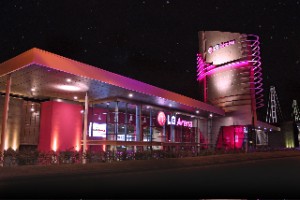 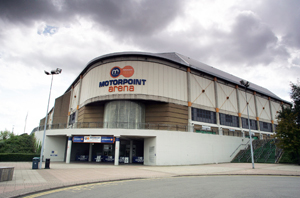 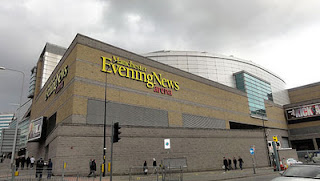 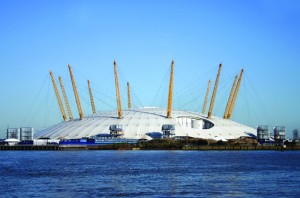 The school children of the UK won't be the only one's enjoying getting to perform with the High Kings. After the success of last year's concerts, the High kings are thrilled to once again be performing with Ireland's school choirs at the series of Hallelujah Concerts at Dublin's RDS from the 10th - 13th December. 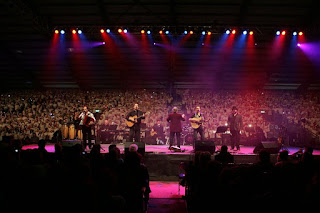 The High Kings have just launched a brand new look Official website. Check it out and drop by info@thehighkings.com and let them know what you think 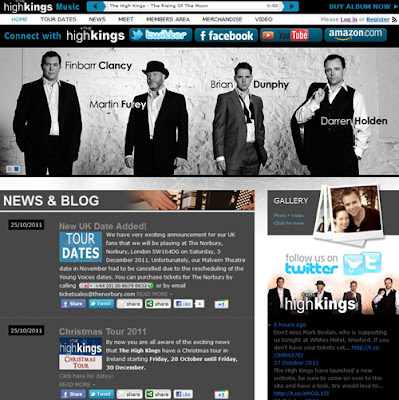 That's all the news for now, we'll be back with more just as soon as we have it.

Posted by Darren Holden Official at 18:01