The High Kings were thrilled to be joining the Young Voices choir on their tour of the UK and Ireland. The tour was to start off in Birmingham and would take in all of the UK's largest arenas, the RDS in Dublin, and a charity Gala show in aid of CLIC Sargent at the Royal Albert Hall in London.

Before they started off on the tour, they stopped off in Manchester for a corporate function that proved to be a very special night for Darren!


“Heading to the UK with the lads tomorrow for 2 weeks of arena dates with Young Voices, which includes a gala performance at The Royal Albert Hall on December 9th!
This Friday though, we play a private show for The red Devils at the Hilton in Manchester. Woo Hoo”

“On the train from Manchester to London after one of the most memorable nights ever. Fantastic event celebrating the "Irish Abroad". It was also a personal milestone, as the legendary Phil Coulter asked to join us for a version of his classic, "The Town I Loved So Well" where he and I swapped verses. A memory to last a lifetime.”
LG Arena Birmingham

“In the middle of rehearsals here at the LG Arena in Birmingham. Looking forward to performing in front of 14,000 people tonight, and having 6,000 kids sings along with us. Plus, we get to sing some of Queen's Greatest Hits in the finale. I finally get my chance to scream out "One Vision"!!!! ROCK ON!” 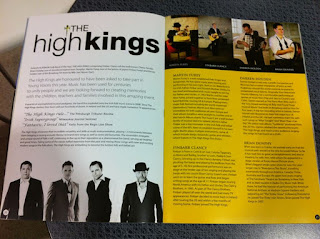 “Holy crap! 14,000 very loud Brummies tonight at the LG Arena! What an amazing feeling. Loved every minute of it! Hope we did Freddie and Queen proud. Haven't had a chance to rock it since Movin' Out!
Roll on tomorrow night!!!”

Check out the videos of the High Kings sets from the Young Voices Tour, including recordings of them performing the Queen Finale with featuring vocals from Darren and Brian.

Not to be missed!!

“Another amazing capacity crowd here in Birmingham's LG Arena tonight!
Incredible to hear such volume coming back at us from the audience!
Happy days!”

“Third and final sold out night here in Birmingham. Incredible volume from the crowd again. On to London tomorrow in preparation for Saturday Nights show at The Norbury in Croydon.
Thanks Birmingham!”

"Tomorrow we take the train to Sheffield for 3 nights at The Sheffield Arena, then back to London for The Albert Hall on Friday!!”

“Kicking off 3 night's at The Motorpoint Arena in Sheffield tonight! Looks like 12,000 seats full so should be a blast!!”

“Sheffield! Holy moly. Seriously great crowd. Deafening during the Queen finale. Loved it. Can't wait to do it all over again tomorrow night!”

“About to get onstage again in Sheffield for the second of 3 nights at The Motorpoint Arena. The volume coming from the backstage area is deafening. Should be a blast!”

“What can I say. Another mind blowing show in Sheffield. These people know how to make a lot of noise! Way too much fun.”

“Half an hour to the final show in Sheffield tonight. It's been a great week so far, and there's a terrific atmosphere building. Ready to rock the house again. Tomorrow it's back to London and I can't wait to see someone very special.”

“Sheffield saved the biggest and loudest for last! Wow! Incredible audience. Loving this tour a lot. Roll on The Royal Albert Hall on Friday.”

“Kicking off the 2011 winter tour tonight in Whites Hotel Wexford, then on to The Olympia on Sunday night! See you all out there.”

“Fantastic first night of the tour tonight in Wexford. Really great crowd who made our job rather easy! Roll on The Olympia on Sunday night!”

“The High Kings are back in Dublin's Olympia Theatre tonight! Can't wait.
Should be a great gig. Are you ready to bring it Dublin????” 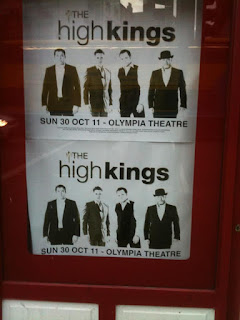 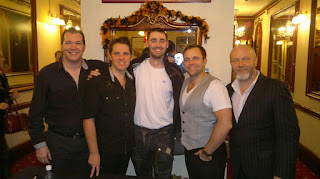 “Gotta drag myself to the gym, then busy day topped off with tonights HK show in Cavan!!”

“Leaving Dublin soon. Heading to Birr for tonights show. Offaly are you ready??”

“OMG Offaly!!! What a night. What a huge crowd! Loved it”

“Wrecked.com, but at least its a beautiful sunny Sunday morning.”

“Will be on KCLR FM with Sue Nunn after 10am news.”
Click Here to Listen
“Heading to the launch of The Coronas new album in the city. Should be a great night!”

“Coronas! Fantastic. The new songs sound great. Really cool hang and great to see so many folks I've missed for a while. Hope it gets to number 1 guys!” 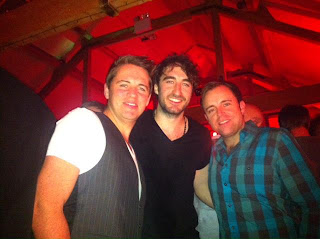 “About to take the stage at The Royal Theatre Castlebar. Should be a good one.”

“Brilliant night and fantastic crowd in Castlebar. Great vibe all through the show. The West knows how to party!!”

“Thanks again to Castlebar for a great night. We are about to leave here and travel to Belfast where we are onstage at The Waterfront hall at 8pm.
Happy Sunday everyone.”

“Belfast!! What a night! What a crowd. Brilliant audience and a very memorable show.” 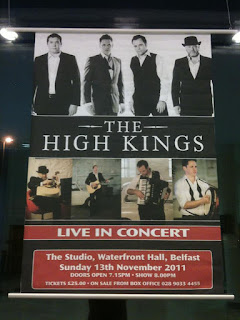 “Hey folks, I will be chatting to Geoff Harris on WLR FM after 7pm tonight, in advance of Wednesday Nights concert at The Theatre Royal in Waterford.”
Click Here to Listen

“5 High Kings concerts in a row kick off tonight at The Theatre Royal, Waterford. It's kinda home turf for me so looking forward to seeing everyone.”

“Waterford!! Absolutely great night! Good to be back on the aul turf. Loads of the Mooncoin gang in too. Home with the folks for tonight then on to Galway tomorrow.” 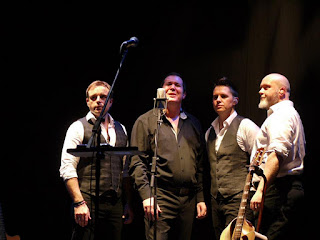 “Good evening from a wet and windy Ballinasloe. Ready to do it all over again in 50 minutes.”
“Another great audience. Even the wind and rain didn't dampen their spirits. Brilliant fun all the way. On to Tyrone tomorrow.”
“All remaining shows on this tour will have to measure up to Cookstown Co Tyrone. Sensational audience. Brilliant night!!
On to the INEC Killarney tomorrow.”

“Great sleep in creepy ass hotel. Guess it doesn't help when we watch "Salems Lot" on the journey here. : ) Brians ghost radar must have been on overdrive! lol On to Killarney later.”

“INEC Fantastic crowd yet again. Brought it to a whole new level. Thanks Killarney.
Tomorrow its home.........Kilkenny.” 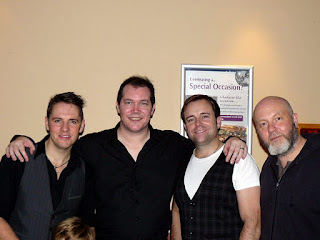 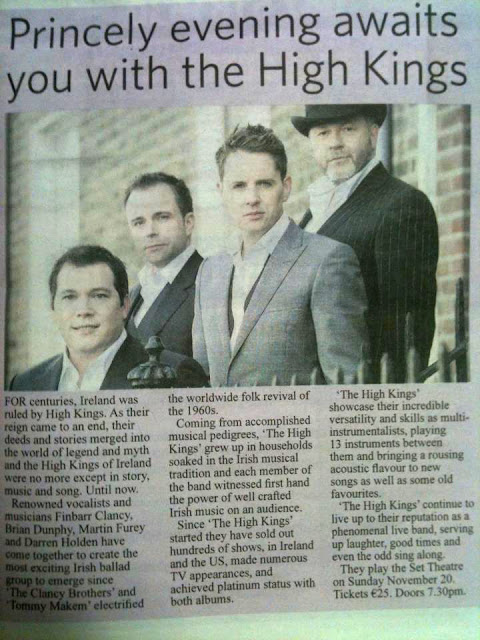 “So great to be back home in Kilkenny tonight! Great crowd and brilliant fun the whole way through. Caught up with loads of friends and family. Love KK. Heading home tonight.”

“About to play a solo pianoman show for the Chanel Christmas party! Ooh la la”

“Must admit, it felt a tad early singing "It's beginning to Look a Lot like Christmas" tonight! Really fun show in a very cool venue.”

That's all for now, we will be back very soon with news of the only full UK High Kings show at The Norbury in London, and the Gala night at the Royal Albert Hall.

Darrren & The DH Team
Posted by Darren Holden Official at 00:31