Well with Christmas almost upon us once again, let me first of all wish you all the happiest season of all!

The last few weeks, and indeed months, have been crazy to say the least, with constant touring in Ireland and the UK. The UK tour with Young Voices, will go down as one of the very best we have done so far. Massive crowds every night, in some of the biggest arenas over there. The YV Team have been incredible, as have the crew and fellow performers. It's a memory to last forever, and there is still more to come, as next month we hook up with the tour once more for dates in Manchester.

2012 is still in the planning stages at the moment, so I can't comment too much about what we have up our sleeve, but on a personal level, I hope to perform a few solo dates during the year.

It's been one year since darrenholden.net was launched, and I would like to thank you all for stopping by regularly and keeping in touch with all things HK and DH through the regular blog's and newsletter.

Darren was proud to be invited to perform at the 2004 Christmas Pageant at The White House. The pageant marked the 81st lighting of the national Christmas tree in the company of President George Bush and Mrs Laura Bush.

Following fantastic shows with Young Voices at the LG Arena Birmingham and the Motorpoint Arena Sheffield, the High Kings were heading down to London with the show to the Royal Albert Hall for a special Christmas Celebration in aid of the Children's cancer charity CLIC Sargent. 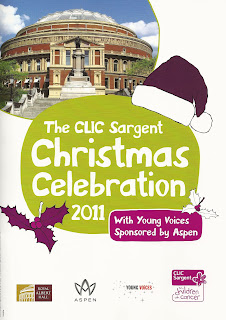 “Just finished soundcheck at the Albert Hall. Walking out on that stage again took my breath away. Incredible place. One to savour tonight.”

“Well, All rehearsals are complete, and now it's get ready time for tonight's performance at the Royal Albert Hall. It's complete for me because my beloved Michelle is here with me to share the occasion. Just hope she hasn't melted my credit card on Oxford St!!!!!!”

“Just landed back in Dublin after a sensational tour, ending with a very memorable Albert Hall show last night!
Quick clothes swap and then on to the RDS for the first of 4 shows there kicking off at 7pm.
Can't wait to see me kiddies!!!”

Would you like a DVD of the High Kings performing at the Royal Albert Hall, including the fabulous Queen Medley?

There was no video recording allowed on the night as the event was being recorded for an official DVD to be sold in aid of the charity CLIC Sargent. Copies can be pre-ordered now and will be available Feb/March next year.

The video will be in PAL format, region free, costing just £13.75 incl. P&P for UK shipping. Overseas shipping is available but this will incur additional postal charges by agreement.

They are also able to produce an NTSC version for US shipping at a premium cost of £22.00 including P&P by request.

For overseas orders, including Rep. of Ireland, please phone of email Pembrokeshire Video. UK orders can be made by email, phone or directly on their website. 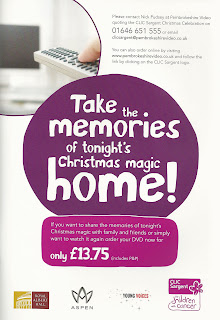 The Norbury
Between their Young Voices concerts in Birmingham and Sheffield, The High Kings popped down to London to perform their only full UK show during the tour.

“Thanks to everyone for coming out to see us at The Norbury tonight. Good to play London again. Tomorrow we take the train to Sheffield for 3 nights at The Sheffield Arena, then back to London for The Albert Hall on Friday!!”

After a very successful couple of weeks, performing with over 30,000 children to packed arenas with audiences totalling close to 100,000 people, Darren and the lads are now back in Ireland. They performed 4 Hallelujah concerts with the Young Voices choirs of Ireland at Dublin's RDS over the weekend and are now embarking on the second leg of their Irish Winter tour with only a short break over Christmas ahead of them.

“Brilliant Night at the RDS. Massive and very loud crowd. One more to go.”

“Wrapping up 4 amazing nights at the RDS. It's been a blast. Tomorrow it's Enniskillen and Thursday Armagh.”

It's been a very busy few weeks, with more ahead as the High Kings see out the rest of 2011 with their home crowd!

We'll be back with more news just as soon as we have it!

Merry Christmas one and all!

Posted by Darren Holden Official at 13:34