“Had a really nice Christmas spent with family in Dublin and yesterday in Kilkenny. Kids had a ball with all their cousins and both nana's and grandad's.
Just about to head to Newry to kick off 4 nights in the north. Last 4 shows of a great year.”

“There are nights I'm reminded of why I love to do what I do. Being onstage in front of an incredible audience tonight, was a massive reminder. Holy baby Jesus, they rocked hard and never let up from start to finish. Loved it.”

“Gym done, coffee on. Ready to hit the road to Derry to play a sold out concert at The Millenium Forum. If it's anything like last night, we are in for a treat.”

“Derry....Thanks so much. Another incredible night. What a way to finish off this year! A sold out Millennium Forum and a brilliant crowd.
2 more shows to go before we appear on RTE 1 for the New Years Eve show on Saturday night!”
“Castleblaney! Loudest audience of 2011!
600 strong and very much part of making tonight one to remember for a long time.
What a night. What a week. Last concert of the year tomorrow night at The Strule Theatre in Omagh.”

"Well, the final concert of this tour and 2011 is over. What a year for HK. Incredible crowds and support throughout. We are always grateful. Tomorrow night we will ring in 2012 alongside Jedward, Declan O' Rourke etc on RTE 1. Should be an absolute blast.”
Happy New Year
“Hey everyone. I mightn't get a chance later, so let me now wish you all a very Happy 2012, filled with health, happiness and lots of luck! Hope it's a good one for us all. See ya'll on the flip side. D”

Darren says a few words from the RTE rehearsal.
The High Kings were proud to be invited to perform on RTE 1's New Year's Eve Live show, hosted by Miriam O'Callaghan. The show launched TV50 as Raidió Teilifís Éireann (RTE) celebrates 50 years of Irish television. They performed Finnegan's Wake early in the show and were then joined on stage by Miriam and many of the other performers and guests as they gave a rousing performance of Whiskey in the Jar to close the show. Their first live performance of 2012.

Watch both performances below. 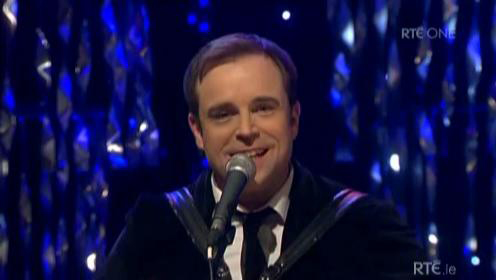 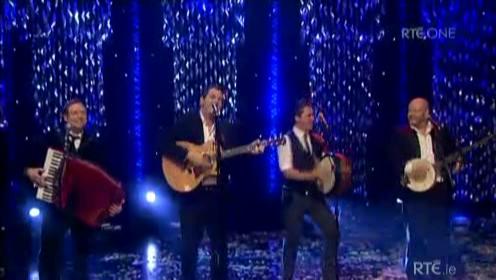 Fantastic New Year's night here with family. Lot's of fun had as usual. Hope you all have a brilliant 2012. So far so good."
Young Voices
The High Kings with Connie Talbot at the Royal Albert Hall 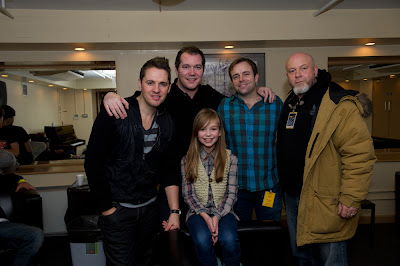 That's all the news for now, the Darren and the lads are taking a much needed break before they rejoin the UK Young Voices Tour in Manchester later this month.

Happy New Year to you all

Darren and the DH Team
Posted by Darren Holden Official at 19:36