Dublin & Europe Tour Dates and News Round Up


The High Kings have announced that they will be performing at the National Concert Hall in Dublin on 12th July. This will be their first show at this fantastic venue and the only Dublin show during the summer. Get your tickets now! 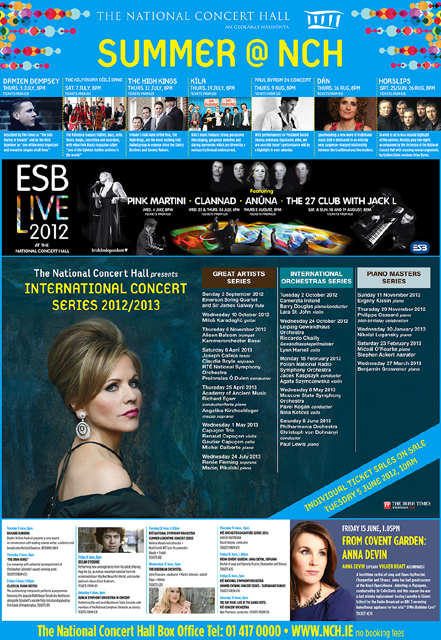 "The High Kings are gearing up to be unleashed on GERMANY, NORWAY, SWEDEN and DENMARK! Are You Ready!!!"

"Wow! I now have 2 of these.
Not bad for the little lad of the Holden's from Mooncoin." 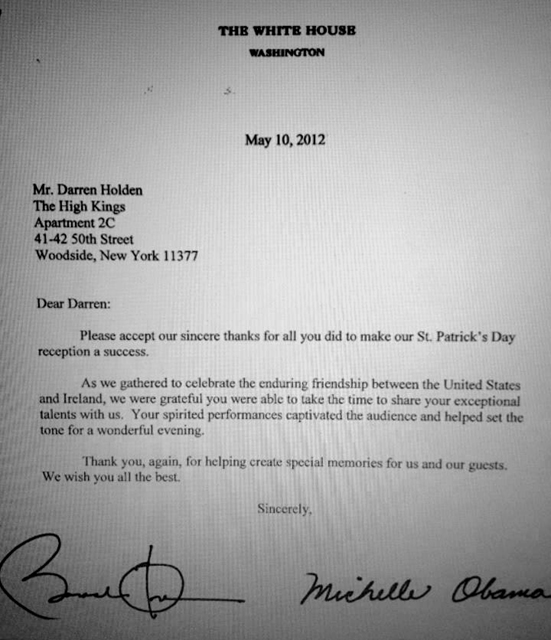 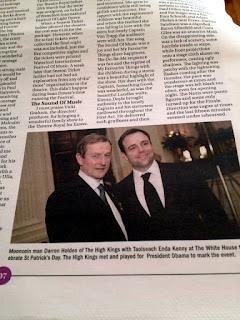 Darren has always been a big supporter of Irish Autism Action and climbed Machu Picchu for the charity in 2009. He is scheduled to play in a celebrity football match between Ireland and England at Tallaght Stadium Dublin on 12th August.

"Messi look out! Should be a cracker and for a great cause. Please support by donating whatever you can."

Are any of you on Pinterest? Pinterest is an online pin board where you can pin and share the things you love! Check out Darren's official Pinterest boards where he shares his music, his career highlights, and some of the places and music that have inspired him over the years.  Just click the Pinterest Icon to enter Darren's Pinterest boards.

The High Kings returned to Ireland following their headlining appearance in the London St Patrick's Day celebrations in Trafalgar Square, Darren was interviewed by the Irish Post, the paper covering the event.

CLICK HERE to see the pages in readable size. 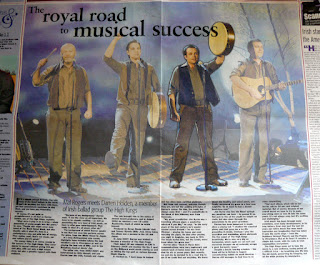 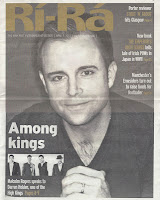 "It's official we are Lego"

We have brought you songs from Darren's Roadworks album, now we will share one from Live & Learn. Darren sings I Want to Come Home with photos from his 2003 photoshoot in Mooncoin together with photos of Mooncoin and Kilkenny. Photos of Mooncoin village and Darren are courtesy of Joe Cashin Photography.

We have added another unreleased track to Darren's Soundcloud. The track 'Caught' was written with fellow Movin' Out musician Bryan Steele feat. Darren's vocal and was selected by Rockband for release on xbox 360 April 2010.
Click the logo to listen to Caught and other non released tracks.

A few status updates from Darren with clues from earlier in May that he can't talk about too much!!

"Tomorrow The High Kings take a road trip to hang out with someone very cool, jam some tunes and possibly record together. This could be the start of a very exciting chapter in the group. Thats all I can say for now, but as always things will be revealed if and when they are happening.: )"

"About to set off with the Dunphymeister for a roadtrip to meet the lads and play some music with.........: )."

"Today was one of the special days. Something that was mapped out for us, but took a ramp off to another road entirely and made us seriously excited, giddy and so happy to do what we do. Tomorrow? Well........if all goes to plan the future is blindingly bright for HK."

"Day 2 of our exciting little trip kicks off at 11am! : )"
Earlier this week, another little tease!!!

"Kids dropped at creche and school: check Dinners made for everyone this evening: check Bag packed for 3 days recording the west with ? : check : )"

That brings us up to date with all the news at the moment.

Thanks for your continued supprt

Darren and the DH Team
Posted by Darren Holden Official at 23:05